As with all Porsche 911s, the GT3’s driving position is nigh on perfect. It’s right up there with the excellent McLaren 720S in that respect, with the seat, steering wheel and pedals right where you want them. There’s so much reach and height adjustment to the steering wheel that 99% of the population should find it spot-on.

The standard seats have part-electric adjustment and there's the option of 18-way electrically adjustable seats. If you want to keep the weight down, simple, manually adjustable sports bucket seats look the part and also hold you perfectly, hugging you like an overenthusiastic aunt.

Whether you choose to keep the wing or not, it’s well worth adding the optional Park Assist pack to avoid an embarrassing bump. It adds rear parking sensors and a rear-view camera, while the adaptive matrix LED headlights are another add-on worth considering. You get regular LED headlights as standard.

The infotainment touchscreen is as per regular 992-generation 911s. It’s 10.1in across and the software is responsive. There are also plenty of features, including Google Maps navigation, onboard wi-fi and Apple CarPlay/Android Auto smartphone mirroring.

Music lovers can upgrade the standard eight-speaker/150-watt stereo to a Bose surround-sound system with 12 speakers and 570 watts. With that amazing engine providing the soundtrack, we really wouldn’t bother.

It’s also well built, as you’d expect for the money. All the controls and switches feel solid, and while the interior of both the standard GT3 and Touring package look almost identical at first glance, there are enough small touches to give the cars their own distinct personalities.

The standard GT3, for example, gets lashings of Alcantara and carbon fibre while the Touring’s interior features an understated blend of high-quality black leather and brushed black aluminium. Of course, there are seemingly endless ways to personalise your GT3 further, but they come at a price. 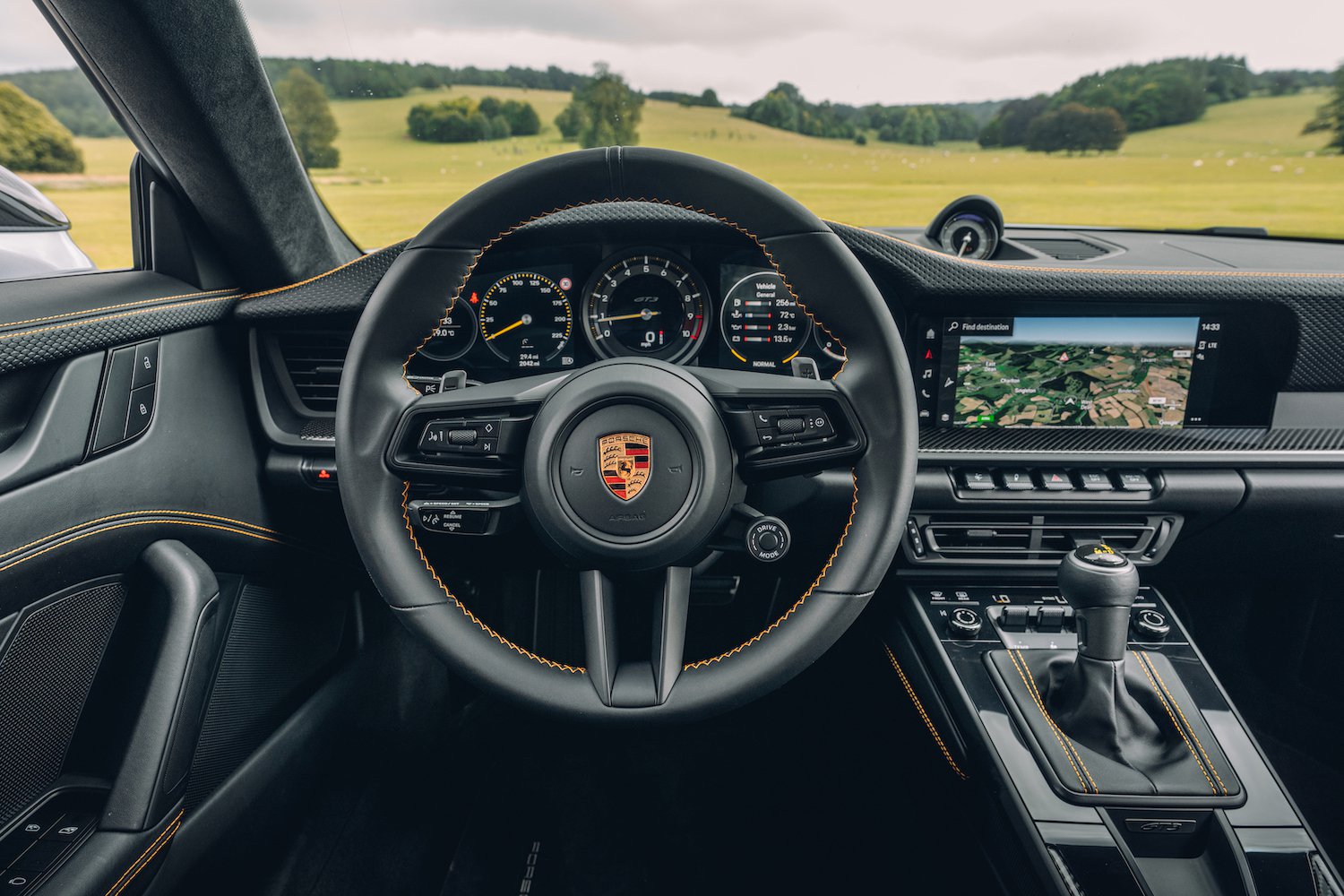