There’s little wrong with the 911’s basic driving position, apart from that lumbar adjustment is only offered as part of the expensive option of 14-way electrically adjustable seats. Otherwise, the range of movement to the seats (which includes powered seat height and recline as standard) and steering wheel is plentiful and allows you to get nicely hunkered down behind the steering wheel, while the supportive seats and perfectly placed pedals ensure you remain comfortable on long trips.

Indeed, our only real complaint is that while the speedo and rev counter are directly in your line of sight and are easy to read at a glance, some other instruments, including the fuel gauge, are obscured by the steering wheel. This is in direct contrast to the rest of the interior, which looks and feels very well thought out.

In terms of visibility, the Targa is much easier to live with than the 911 Cabriolet. Both cars have excellent forward visibility thanks to their slim windscreen pillars, but the Cabriolet suffers because its fabric roof creates big over-the-shoulder blindspots that aren’t present on the 911 Coupé. What’s more, even when it’s stowed, the structure behind the rear seats is high enough to limit what you can see. This simply isn’t a problem in the Targa. Roof up or down, the Targa benefits from a wraparound rear window with no C-pillar, giving you an almost panoramic view of what’s behind you.

That said, we do like that you can raise and lower the roof of the Cabrio at speeds of up to 31mph – handy in the UK when a bright summer’s day can suddenly be interrupted by a downpour. The Targa’s more complex mechanism, meanwhile, can only be operated at a standstill and takes a lengthier 19 seconds. 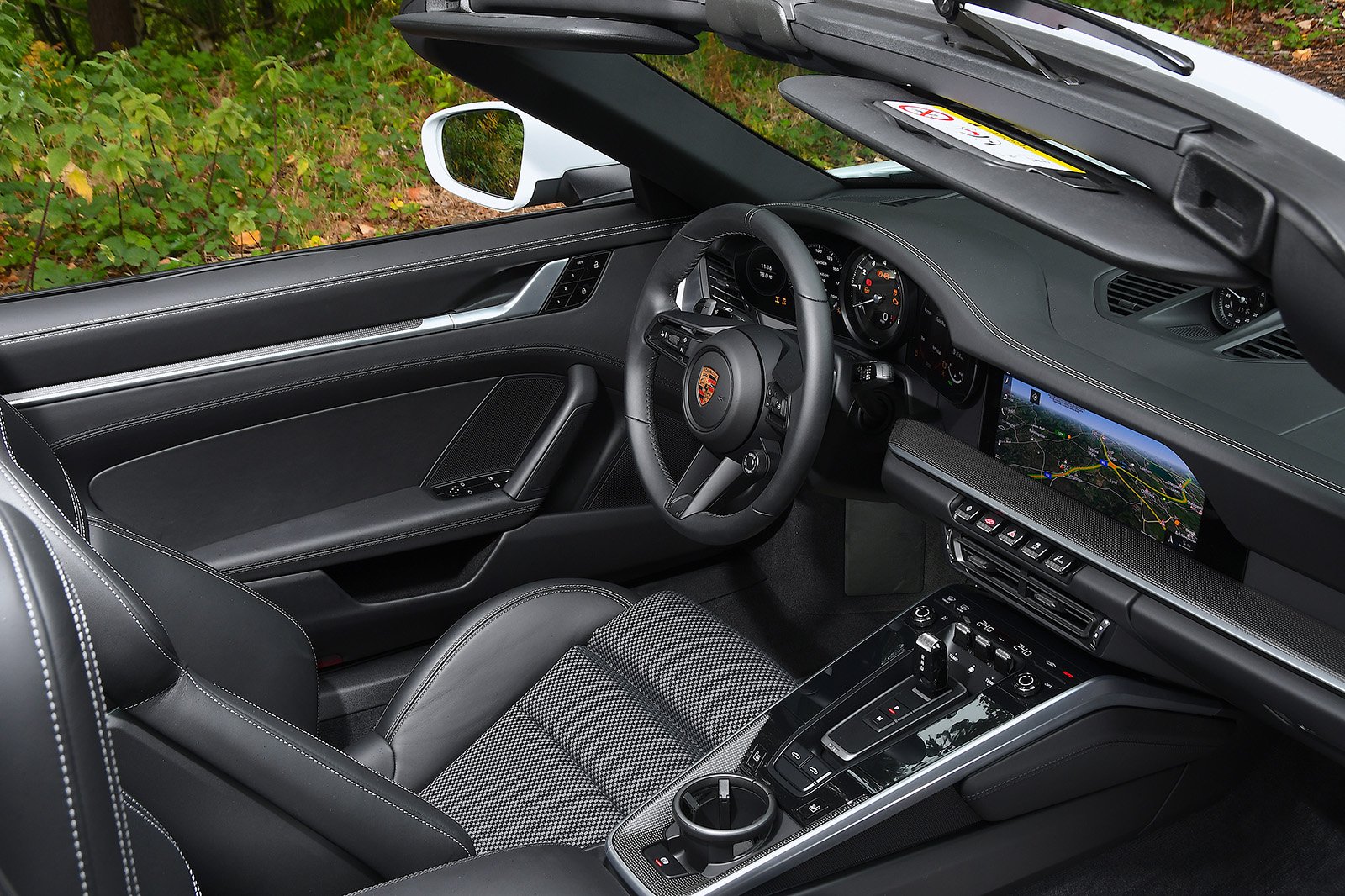