Which used Porsche Boxster sports should I buy?

The 2.7-litre engine feels fast enough for most people but, if you want more, the 3.2 S model will fit the bill.

A new six-speed manual gearbox had a positive action and a slick change. As before, however, the Tiptronic automatic 'box blunted the performance and satisfaction of the drive. With this in mind, the 3.2 S with the manual gearbox is considered to be the ultimate version.

In late 2008, Porsche introduced its smooth twin-clutch PDK automatic gearbox, which is both efficient and enjoyable to use.

The active suspension option does improve the handling, but does nothing for the ride quietly, so we'd avoid it. 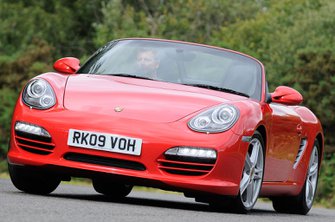