Put simply, the Porsche Taycan beats all rival electric cars for interior quality – even the Audi e-tron GT. Every surface you touch feels suitably upmarket and it all feels beautifully screwed together, neither of which is the case in the Tesla Model S.

The driving position is superb, too. You sit closer to the ground than in most electric cars, so immediately you feel as though you’re in something properly sporty. The seats are wonderfully supportive on a long journey and have good side support in corners. As standard, the Taycan comes with eight-way electric seat adjustment, but you can pay extra (or go for one of the Turbo model) if you want more adjustment.

The majority of the car's features are controlled using the central 8.4in touchscreen, which has haptic feedback, and the 10.9in infotainment screen above it. There are not many physical buttons in the Taycan, which can be a problem: hitting the smaller icons while driving is not easy and is very distracting. The e-tron GT's dashboard has more physical buttons and is easier to use because of this.

The Taycan's lower screen is awkward to operate without contorting your arm and it's easy to accidentally press it with your palm when you're trying to steady your hand to use the upper screen.

Wireless phone charging comes as standard, as does Apple CarPlay smartphone mirroring, which adds useful of functionality. Android Auto isn't currently available, which it is with on e-tron GT. 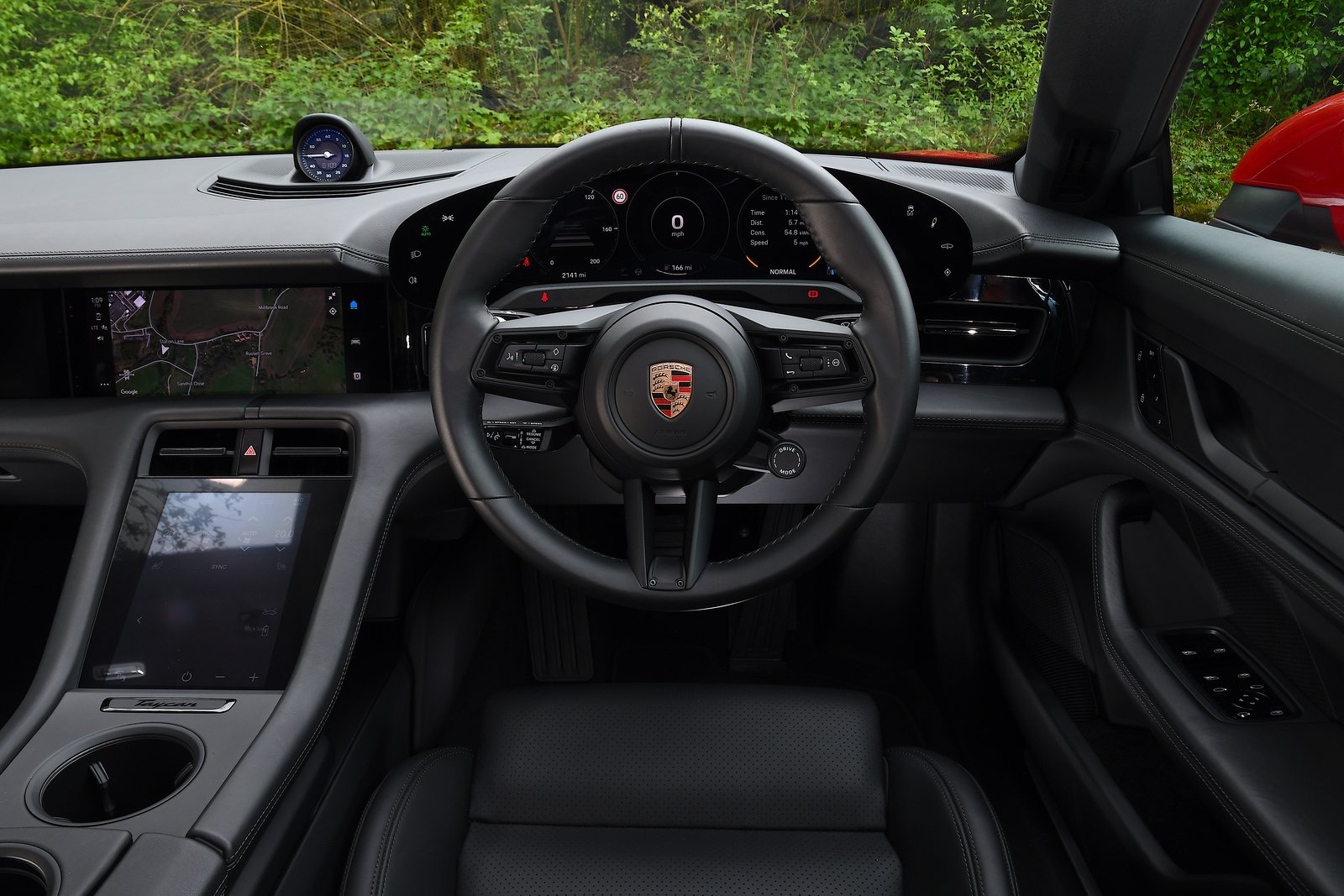