What used Renault Grand Scenic MPV will I get for my budget?

The Grand Scenic is still rather too new for us to be able to provide a definite answer to that but, at the time of writing, prices start at around £16,000 for an early example. That puts it roughly on a par with rivals such as the Volkswagen Touran, meaning it’s quite a bit more expensive than the Vauxhall Zafira Tourer and Citroën Grand C4 Picasso.

If you want to check that a Grand Scenic you’re hoping to buy is worth the money that’s being asked, why not try our free valuations tool at What Car? Valuations? 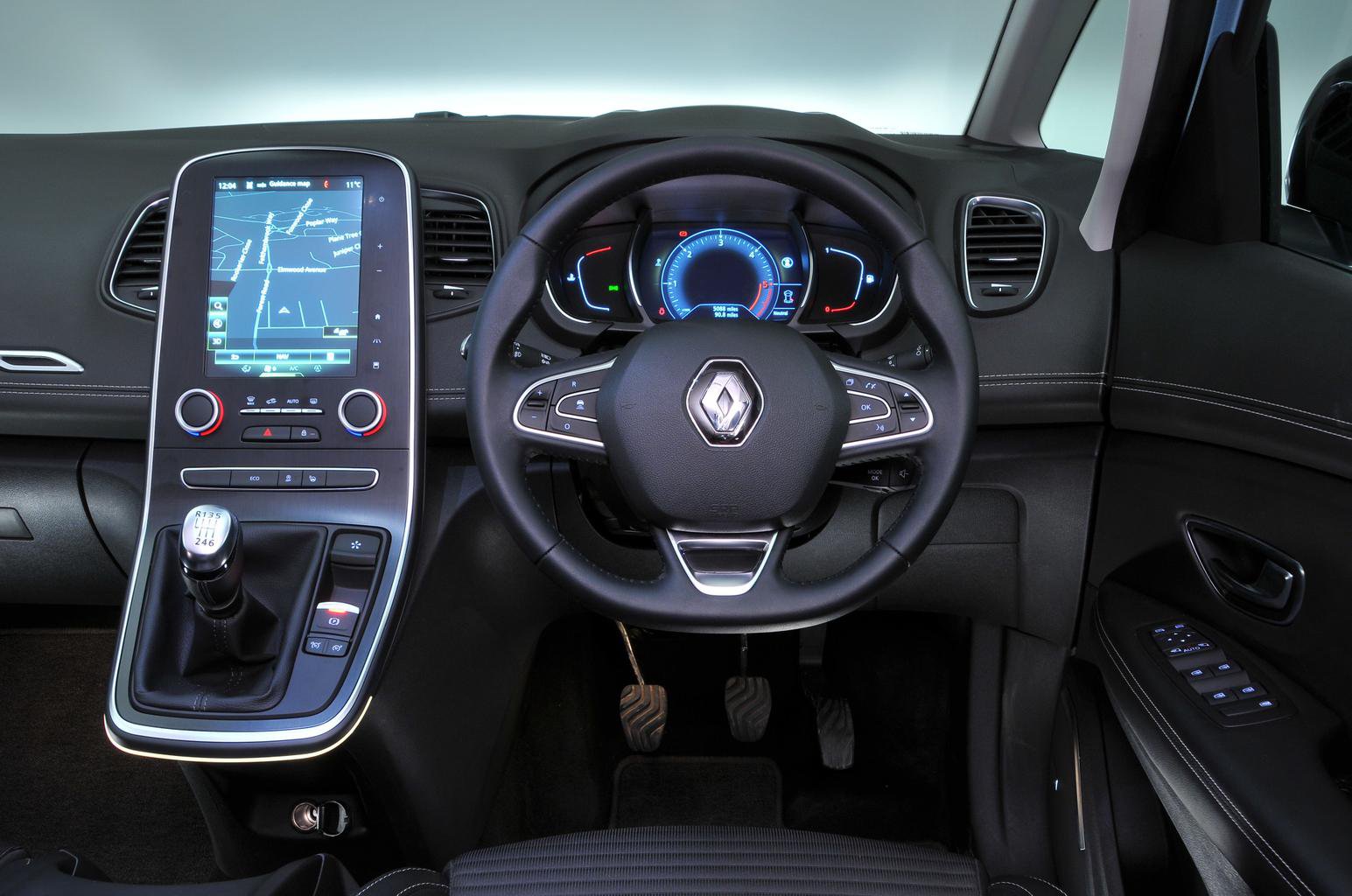 How much does it cost to run a Renault Grand Scenic MPV?

The most efficient engine in the Grand Scenic range is the 1.5 dCi Hybrid Assist, which achieves a deeply impressive average figure of 78.5mpg in official fuel consumption tests, making it one of the most effiicent MPVs around. Even without the electric boost, the standard 1.5 dCi is commendably efficient, with fuel consumption of 70.8mpg. The rest of the range tends to sit on a par with or slightly behind rivals; of the petrol versions, it’s the later 1.3-litre models that prove to be the most efficient of all.

Renault’s servicing costs aren’t the cheapest around, but neither are they the most expensive. Once your Grand Scenic hits three years old, it’ll be eligible for Renault’s special service pricing for older cars; this should help keep costs down if you want to take your car to a main dealer.