The Kadjar undercuts the Qashqai on price and is competitive with rivals when it comes to  CO2 emissions and fuel economy. The 113bhp, 1.5-litre diesel is the most economical engine in the Kadjar's line-up – official fuel consumption exceeds 55mpg – and the entire range only spans a few Benefit-in-Kind percentage brackets for company car tax.

The Kadjar will be worth a little less than the Qashqai after three years because it depreciates a little more heavily, but not at such a rate that will worry most buyers. Some seriously attractive PCP finance deals are available, thanks in part to the generous deposit contributions that are routinely offered by Renault.

Even entry-level Play models get essentials such as air-con, cruise control, and the 7.0in infotainment system we described earlier. However, we reckon Iconic trim is the best value; it adds sat-nav, keyless entry, front and rear parking sensors and a rear view camera.

It doesn’t cost a great deal to move up through the trims if you’re desperate to add some extra gadgets. For example, upgrading to S Edition brings you extra luxuries such as LED headlights, sportier looking upholstery and that headroom-sapping panoramic sunroof. At the top of the range, GT Line trim adds heated front seats and puddle lamps, which illuminate the ground below as you leave the car. 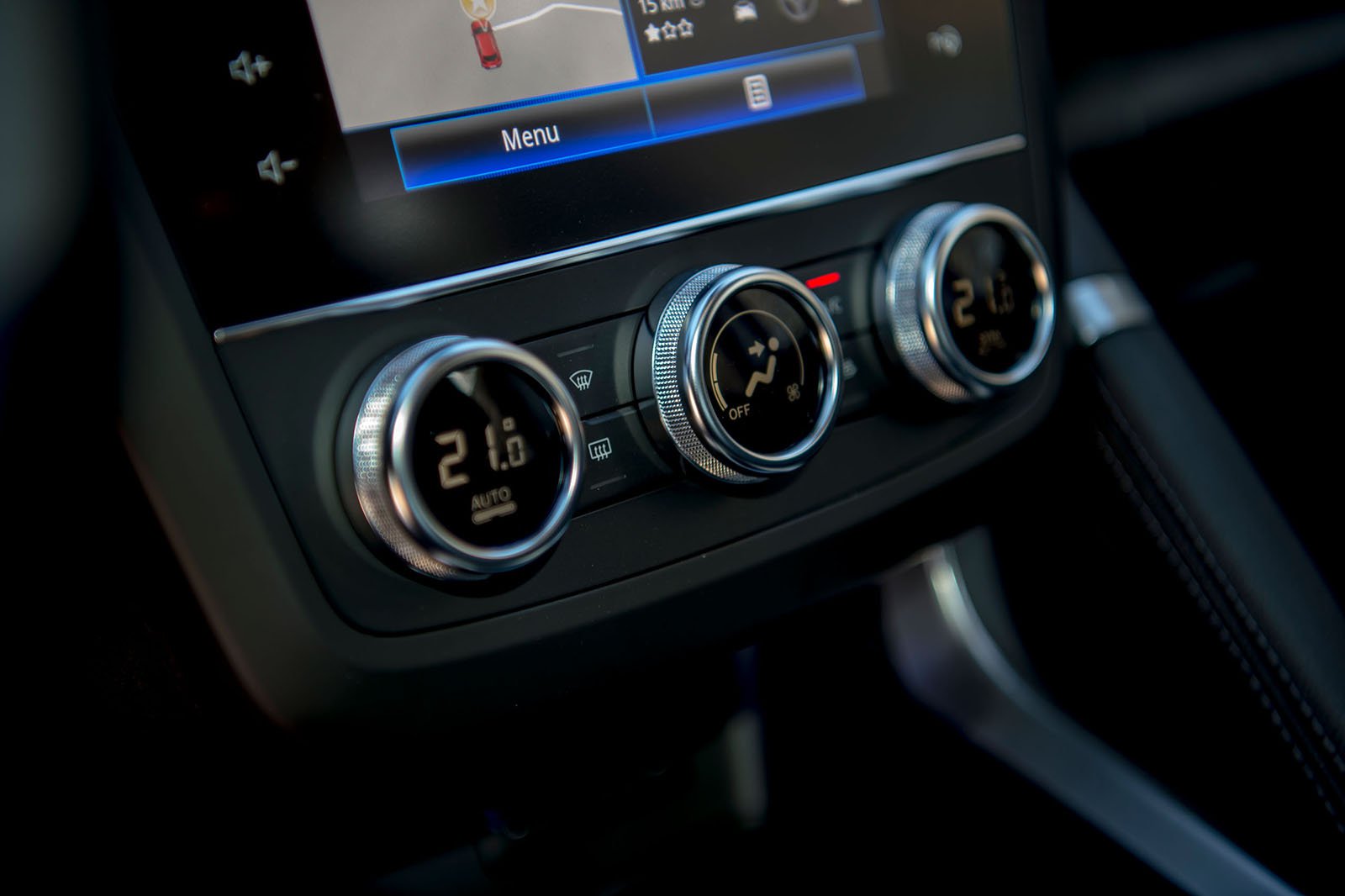 Despite sharing oily bits with the Qashqai, the Kadjar fared rather better in the 2018 What Car? Reliability Survey. It placed fourth out of 13 family SUVs scrutinised: the Qashqai finished 12th.

Every Kadjar comes with six airbags, tyre pressure monitoring and a full suite of stability and traction aids as standard. Iconic trim and above gets you lane departure warning and automatic headlamp high-beam, too . However, blindspot monitoring and automatic emergency braking are available only on the range-topping (and pricey) GT Line trim, which also features traffic-sign recognition.