What should I look for in a used Seat Leon estate?

You’d expect anybody who buys an estate car to make extensive use of the boot space. As a used car buyer it’s therefore important to check for dog hair or muddy carpets, as well as the general condition of the boot and rear bumper.

That aside the Leon ST is so far proving to be perfectly durable, and scores above average for wear rates on components such as brakes and wiper blades.

If you're looking at an FR or Cupra make sure you check the big alloy wheels carefully for damage, as well as looking out for signs the car has been driven hard. The suspension, for example, should feel taut and the steering track perfectly straight. If there's any sign of blue smoke coming from the exhaust walk away.

The only recall for the Leon ST concerns potentially fault child locks on cars built between November 2015 and April 2016. 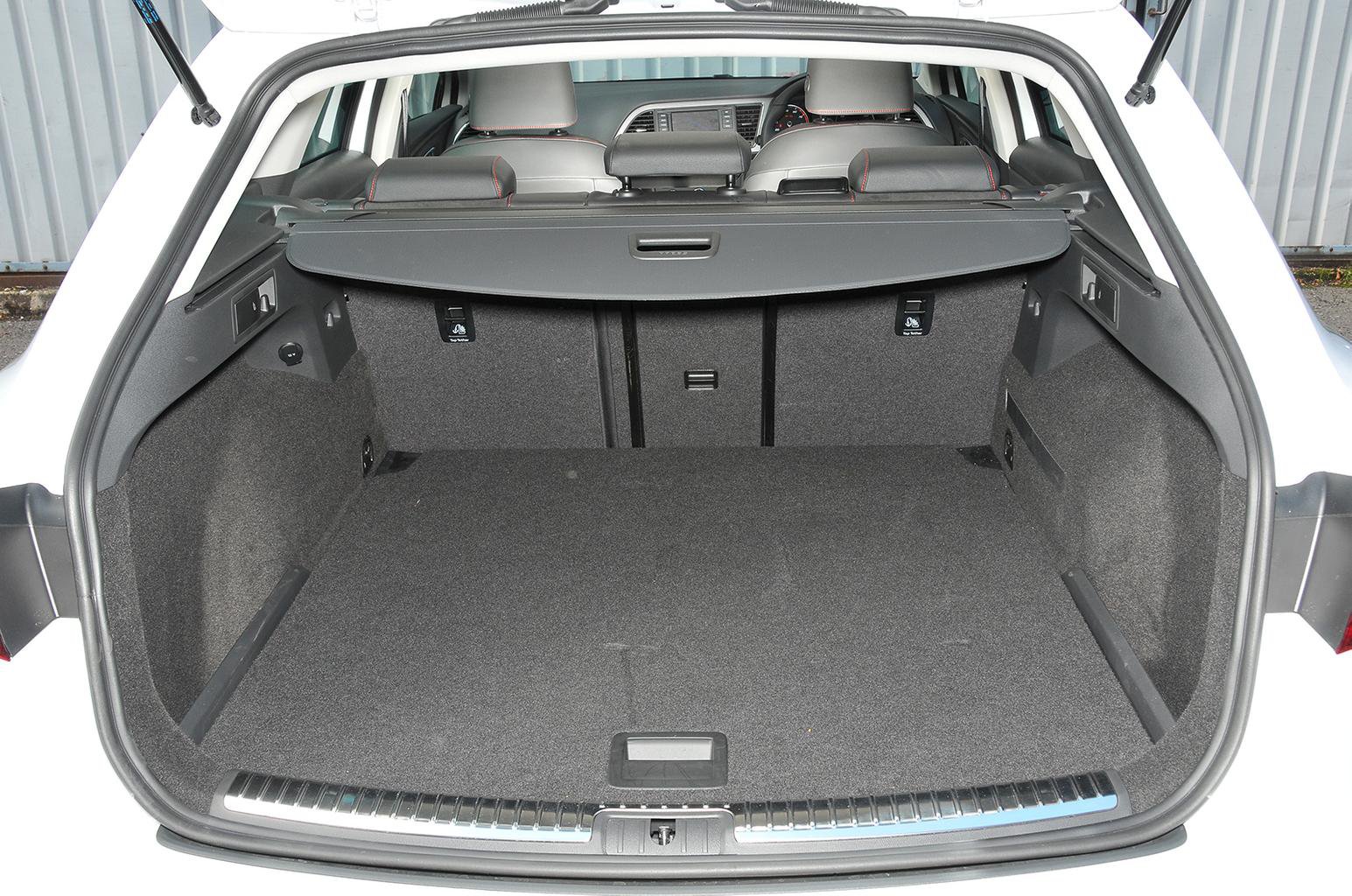 What are the most common problems with a used Seat Leon estate?

The VW Group mechanicals are proving robust in the Leon ST, so as long as the car has been serviced to schedule you shouldn't have any problems with the engine, clutch or gearbox. If you're after an automatic it's worth bearing in mind that the VW Group did experience some issues with the seven-speed unit used on the smaller petrol engines at launch. While there aren't a significant number of reports of problems with Seat Leons, for peace of mind it might still be worth opting for the six-speed unit that featured on the larger engines instead (bear in mind this needs an oil change every three years).

There have also been some reports of trim rattling and minor electrical gremlins, so be sure to prod all the buttons to make sure everything works.

The Leon might not have taken top spot in the family car class in our most recent reliability survey, but it did finish ahead of the Volkswagen Golf and Skoda Octavia with which it shares many parts. It also beat the Audi A3, and Seat finished one place ahead of Volkswagen in the manufacturer rankings.