Which used Seat Toledo saloon should I buy?

We recommend the diesels. They are all 1.9 litres and come in different states of tune. The original 108bhp engine is okay, but the two sports versions, which arrived in 2003, have 138bhp and 150bhp and are much faster.

The 2002 110bhp TDI S is no performance car, but it's a good compromise between the other diesel engines, and comes with four airbags, air-conditioning, front electric windows, anti-lock brakes and traction control.

It's worth perusing the car supermarket lots for an even later June 2001 model, because that gets sat-nav on top of the CD player and electric leather seats of earlier models. 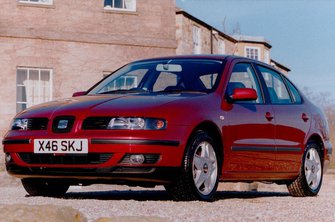