Let’s start with the Citigo e’s range. Its 36.8kWh lithium ion battery will provide enough juice for the car to cover 162 miles on a full charge, according to the WLTP test cycle. We are yet to put it through our Real Range test, but the WLTP figures suggest that it is able to travel farther than a Volkswagen e-Golf (144 miles), although many other electric cars will go farther still.

Still, among the smallest electric cars, 161-mile range isn’t too disappointing and, significantly, the Citigo e is much cheaper to buy than its closest rivals – something we’ll cover in more detail later on. Just bear in mind that in the real world, that range is more like 100 miles.

So, how milk float-like is it? Well the electric motor delivers 82bhp and 156lb ft of torque, and, while that might not sound particularly mighty, you can still be pretty sure of embarrassing most cars off the line at the traffic lights. Beyond city speed limits, though, the Renault Zoe has a definite speed advantage.

The Citigo e will manage motorway journeys (it’s top speed is limited to 81mph), but its acceleration at those higher speeds isn’t as swift as it is at lower speeds. While it only takes a gentle squeeze of the right foot to nip into a different lane of traffic around town, it’s harder to get an equivalent burst of speed when overtaking on the motorway.

There are three driving modes: Normal, Eco and Eco+. Normal offers maximum power while the others limit it in order to eke out range (Eco+ even switches the air conditioning off). The levels of regenerative braking (a system that harnesses energy that would be wasted when braking and uses it to top the battery up) can also be controlled via the gear selector. In its highest setting, the braking force delivered when you lift your foot off the accelerator is strong enough to bring the car to a near standstill, but doesn’t quite allow for one-pedal driving like the Nissan Leaf’s system can. The brake pedal feels natural and consistent in its responsiveness, though – not something you can always say of an electric car’s.

Around town, the Citigo e is relaxing to drive. Its steering is light and accurate and the car’s small, boxy dimensions make it easy to thread through narrow side roads. A tight turning circle also helps. The ride quality is a particular highlight; it handles big road imperfections, such as speed bumps and potholes, with impressive composure, and it feels settled at all speeds. It’s quiet, too – you’ll notice some blustery wind noise whipped up around the door mirrors at motorway speeds, but little else to disturb the peace. 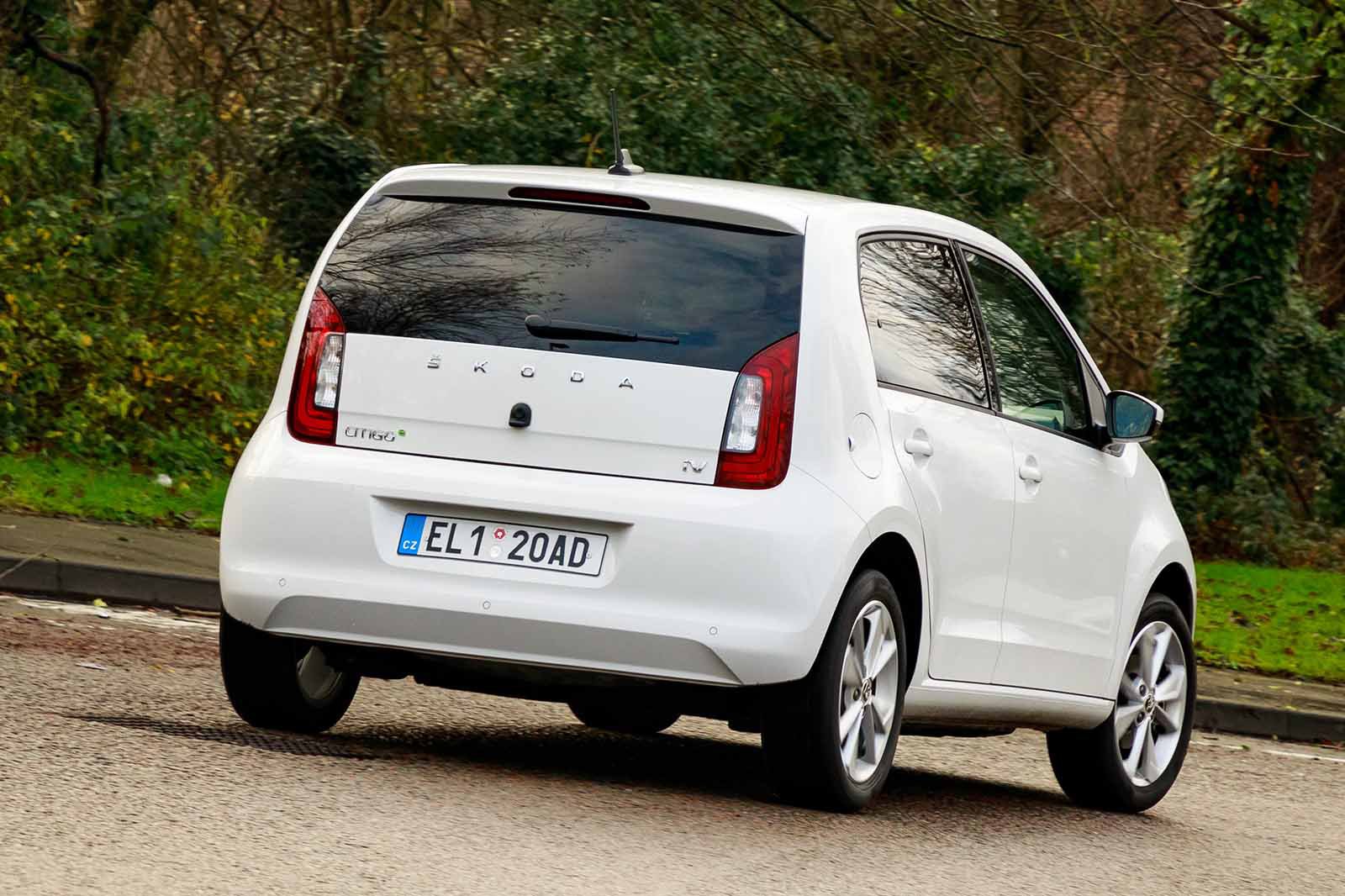 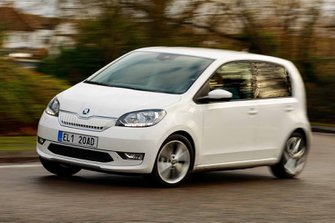