What used Skoda Fabia estate will I get for my budget?

How much does it cost to run a Skoda Fabia estate?

The Fabia was great value for money when it was new, and it's just as good as a used buy, because it doesn't hold its value as well as other Volkswagen Group cars. The estate will cost you more than the hatch, but how much more depends on the age.

Although none of the petrol engines can better 40mpg in this estate, most of them get close, so fuel economy isn't bad. The diesel cars will both better 55mpg, though, and with its excellent performance the 1.9 TDI is definitely the one to go for.

This engine won't cost too much to insure, either, because it has a group 6 classification. The rest of the range sits in groups 4 and 5, with the exception of the 2.0 petrol in group 8.

Servicing costs will be the same as for the hatch, so you'll pay slightly less than owners of the VW Polo and Seat Ibiza, which are basically the same car. 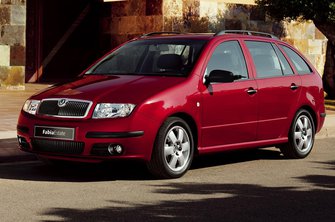