This is where the vRS looked a little shaky as a new buy; its list price was well into the realm of premium-badged SUVs, as well as several thousands of pounds more than the Kodiaq SE L with a 187bhp diesel engine, four-wheel drive and an automatic gearbox.

However, the vRS does give you all the features we've mentioned; adaptive dampers, front and rear parking sensors, sat-nav, digital instruments and LED lights front and rear; as well as other niceties such as power-folding door mirrors, interior ambient lighting, keyless entry and heated front seats.

That powerful engine and four-wheel drive setup also comes at the price of relatively high CO2 emissions of 164g/km, while official fuel economy is in the mid-thirties. That’s not too different from the far bigger and more powerful V8 Audi SQ7.

Most of the Kodiaq’s oily bits are shared with other cars in Skoda’s line-up – including the Superb – so they are tried and tested. Every Kodiaq is covered by a three-year/60,000-mile manufacturer’s warranty from new, but bear in mind that the vRS ended production midway through 2020.

Safety body Euro NCAP awarded the Kodiaq five stars (out of five) for safety in 2017. It scored well for adult protection and solidly for child protection, falling just a few percentage points behind rivals such as the Nissan X-Trail and Kia Sorento.

Automatic emergency braking (AEB) is standard and looks out for pedestrians as well as cars. Lane-keeping assistance and blindspot monitors were optional. There was also the option to add rear side airbags, a driver fatigue sensor and a Travel Assist pack that can recognise road signs and display them on the dashboard. 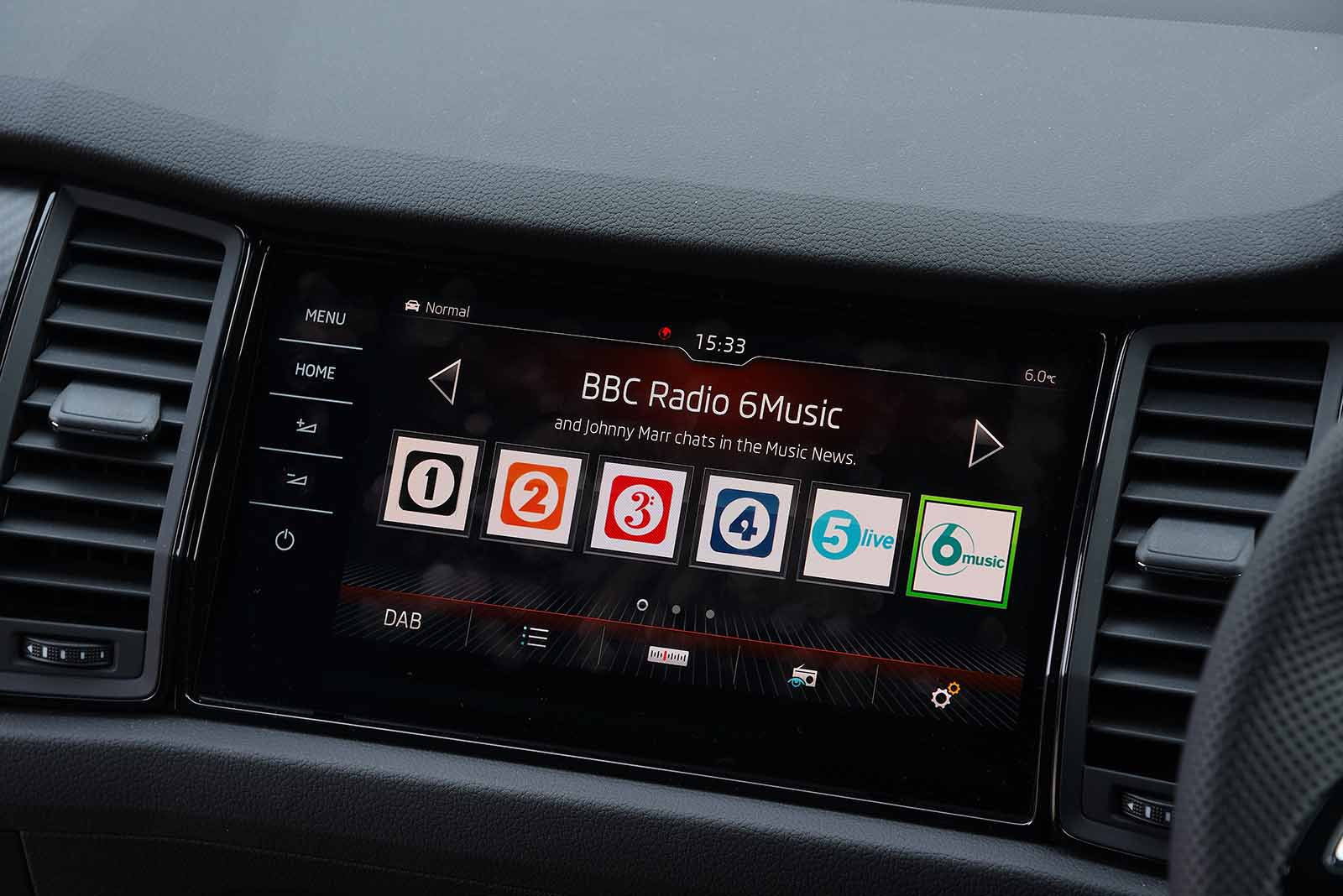