What used Skoda Octavia vRS hatchback will I get for my budget?

How much does it cost to run a Skoda Octavia vRS hatchback?

Not surprisingly the diesel-engined car is the most economical version, in either hatchback or estate form, with a claimed average fuel consumption of 62.8mpg under the old NEDC test cycle, and corresponding CO2 emissions of 119g/km. Even the four-wheel drive diesel version, the 2.0 TDI 4x4, with a dual-clutch automatic gearbox, records a claimed 55.4mpg. The 2.0 230 petrol car claims an average of 43.5mpg, and CO2 emissions of 149g/km, while the more powerful 2.0 245 fares little worse with a figure of 42.8mpg.

Octavias registered before the tax changes of April 2017 came into play will pay their car tax according to CO2 emissions output. Those registered after that date will pay the flat rate of tax, currently £140 a year.

Insurance groups are higher than the standard Octavia’s, and range from 25 for the diesel-engined cars up to 29 for the fastest vRS, the 2.0 245.

Servicing is cheaper than many rivals and Skoda has a fixed price scheme under which you’ll currently pay £149 for a minor service (10,000 miles or every 12 months) and £269 for a major one (every 20,000 miles or 24 months) on cars more than three years old. 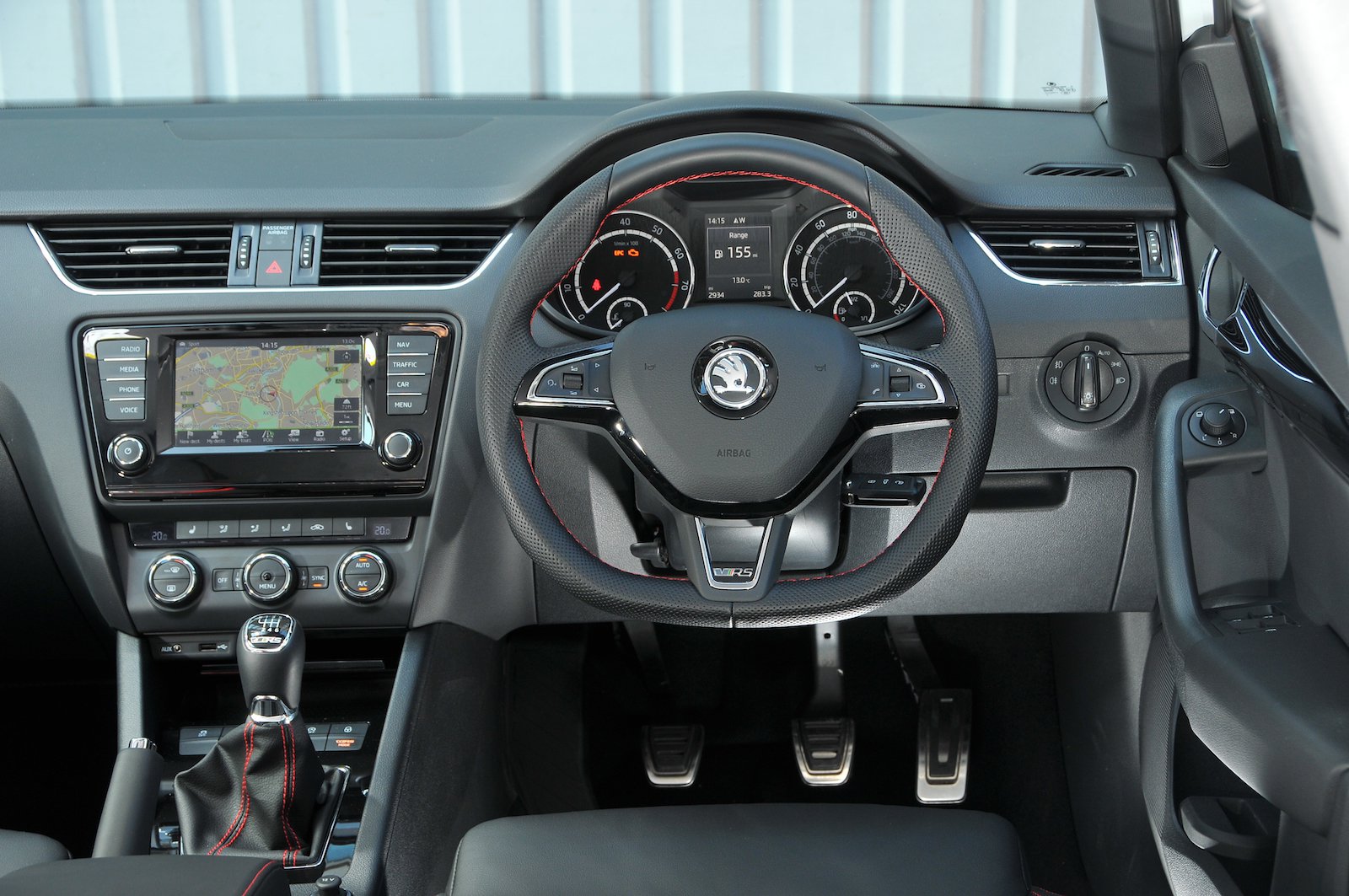