What used Skoda Octavia estate will I get for my budget?

How much does it cost to run a Skoda Octavia estate?

With the 1.9 TDI Ambiente, there shouldn't be too many tears over running costs. It has the best fuel economy of the range - a claimed 53.3mpg - and it's the cheapest to insure - a mere group 7 insurance rating. However, coverage isn't expensive for the range as a whole: most run no higher than group 8.

You'll have to make an exception if you want the vRS, which incurs a group 15 rating, but that's still not bad for what is essentially a hot hatch. Fuel economy isn't so good, though. Use the petrol turbo engine at all enthusiastically, and you'll be lucky to get 28mpg.

Perhaps the big surprise is that you shouldn't expect to pick one up for next to nothing. It won't be as expensive as an equivalently aged VW Passat, but it hangs on to its value much better than a Ford Mondeo or a Vauxhall Vectra estate. 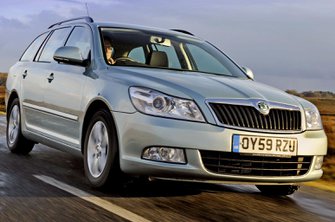