Which used Skoda Octavia estate should I buy?

If you're after a countryside hauler that's going to earn its living in all weathers, the 4x4 Elegance - introduced in 2001 - could be the car for you. It uses a 150bhp, 20-valve, 1.8-litre petrol turbo motor. There's only one other version that's faster - the high-spec 180bhp vRS, which was introduced a year later.

If you're not after performance, either of the 1.9-litre turbodiesels will do the job. They were around right from the car's launch, and sound a little clattery on start-up, but quieten down once on the move. Overall, they're the pick of the range, and the non-turbo 1.9 SDI diesel and the 1.6-litre and early non-turbo 1.8-litre petrols are not so impressive.

Safety is good across the range, with most models getting twin airbags and anti-lock brakes. Classic trim is basic, but Ambiente adds air-con and a CD changer, while Elegance gets side airbags, alloy wheels and a sunroof. 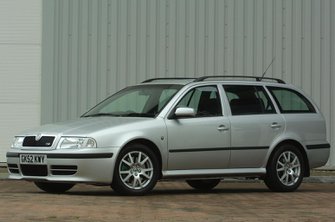