Which used Subaru Impreza saloon should I buy?

Go for a WRX. The STi is too fast and furious for all but die-hards, while the non-turbo GX and TS are only worth it if a small car with four-wheel-drive is a must.

There have been two face-lifts since this model arrived in 2001. The first - in 2003 - made the Impreza better looking; the second - in 2006 - left it plain but added character. Funds allowing, go for the second, mainly because it gained a 2.5-litre engine, replacing a 2.0-litre unit.

Choose between saloon or estate (Sport Wagon in Subaru-speak). The estate looks weird but feels similar to drive and is much more practical.

There are plenty of Japanese-market imports with uprated power and extra kit, but stick with standard cars built for the UK - they're easier to run and they will be worth more come trade-in.

Buy from a Subaru specialist dealer for top value. 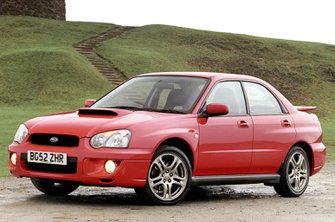