Which used Subaru Legacy saloon should I buy?

Both motors are impressive, with strong performance and plenty of low-down pull. You'll need the bigger capacity car if you want an auto 'box, but in manual form stick to the entry-level powerplant, which is free-revving and an eager overtaker.

Whatever model you plump for, all get the same level of standard safety and security kit. That means anti-lock brakes and twin front and side airbags. A CD player and remote central locking are also standard, but air-con didn't become so until 2001. The Lux pack was introduced at the same time, which included leather trim. 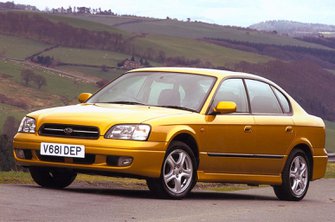