If the WRX STI felt old school in the way it drives, it feels positively ancient inside. Although there are soft touch plastics on the dashboard and tops of the doors, the overall design looks at least a decade old. The seats feel like they’re mounted too high although there is at least plenty of adjustment for them and the steering wheel. Visibility is pretty good, even with that giant wing on the back.

While the heating controls are easy enough to navigate, some of WRX STI’s controls can be more than a little confusing. Slapped on the top of the dash is an information screen that can display fuel economy, turbo boost and other information. Not only is it hard to see due to its location, it’s tricky to navigate thanks to an oddly positioned joystick between the central air vents.

The infotainment screen itself is mounted a little low in the dash and looks old compared to the best systems out there. It is at least easy enough to pair a phone and navigating the system isn’t too much of a chore. There’s no Apple CarPlay or Android Auto while sat nav is an expensive dealer-fit option. 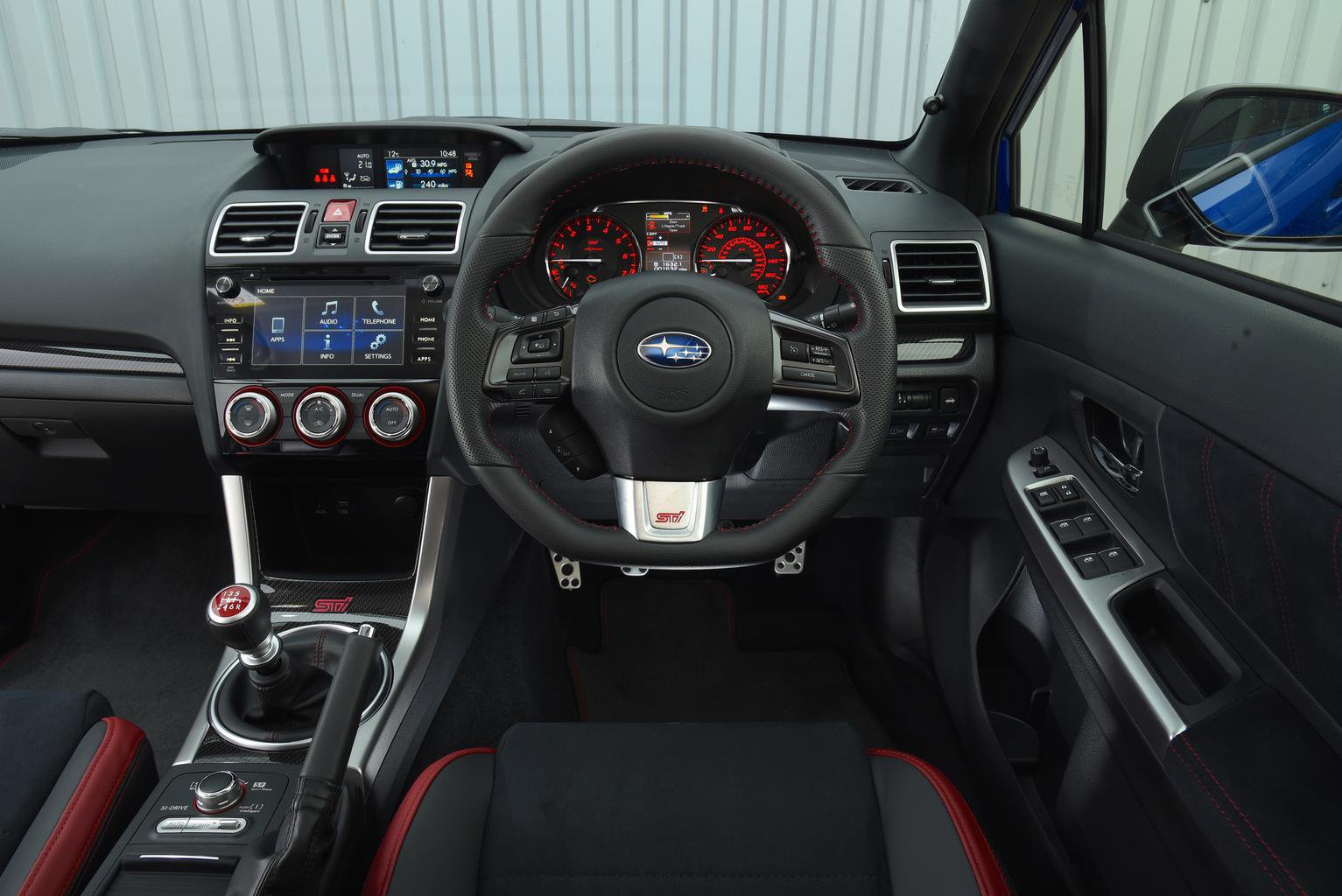