This is where the Baleno really scores. Front seat passengers won’t be clashing elbows although taller drivers may find their head closer to the roof lining than they might like. Move to the rear, and it’s hard not to be impressed by the amount of room.

Even with a tall driver up front, you’ll still get a full sized adult behind them with leg room to spare. Like the front, rear head room isn’t quite as generous, but it is still bearable for adults of above average height.

Open the rear hatch and you’ll find a boot that’s almost as big as that of a Fabia. A two-level floor is standard; it reduces the load lip and provides a near-flat load area when the rear seats are folded. Handily, they are a 60/40 split fold as standard. Even so, the lip is still high, if not as bad as some rivals. Seats up, there’s easily enough space for a bulky pushchair in the boot. 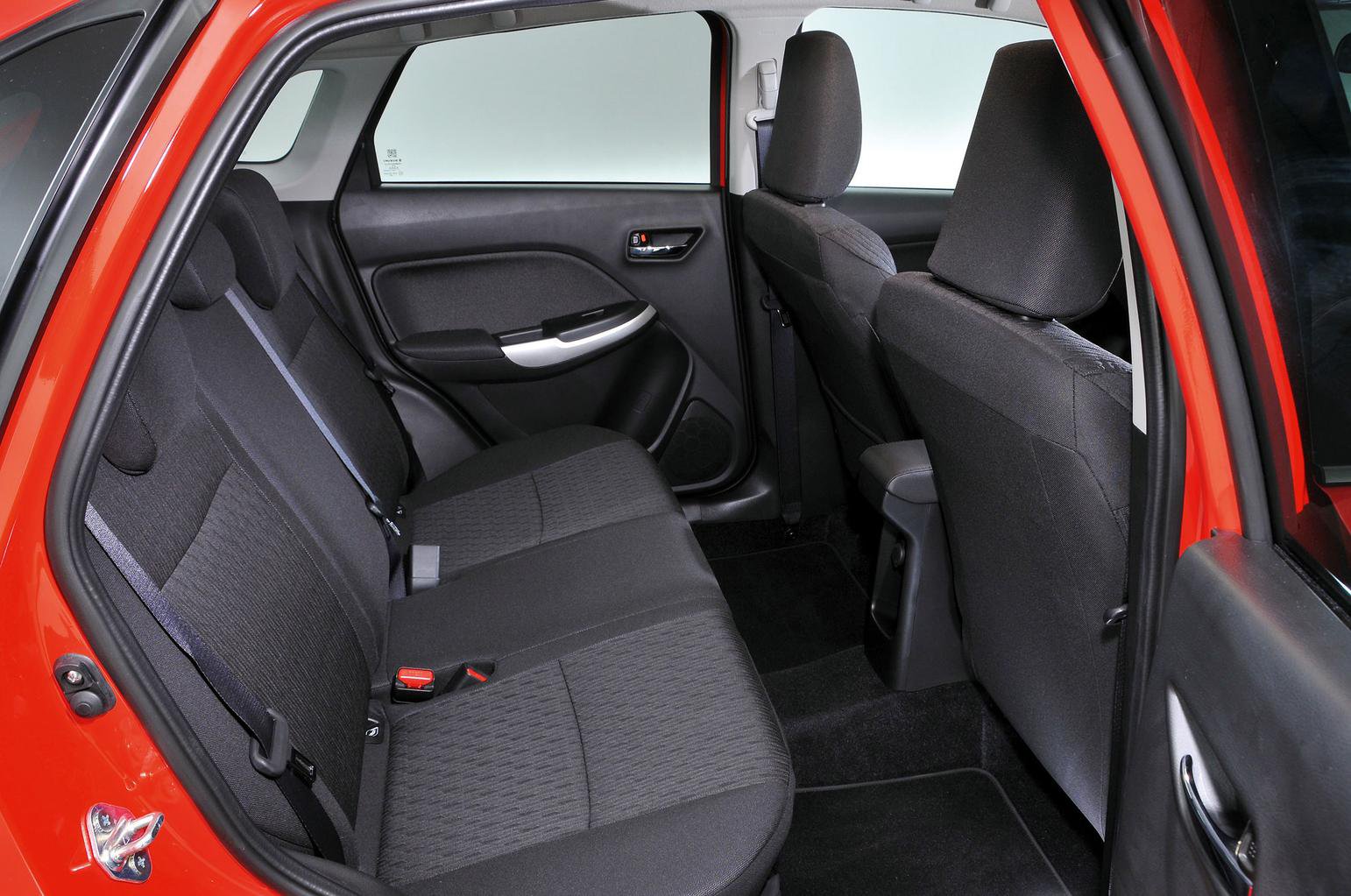