Getting comfortable behind the wheel shouldn’t prove troublesome for most people, thanks to plenty of fore-and-aft adjustment on the seat. The steering wheel only adjusts for height, though, so taller people might find it a little far away.

While we’re on the subject of seats, the side bolsters are a bit weak, so they aren’t very good for holding you in place around corners. We also wish the armrest on the door were padded.

The controls have been designed to be used by a gloved hand, so all switches, rotary controls and even the infotainment screen is big and easy to operate. The dials on the instrument panel are easily readable and there’s a digital information panel between them that can offer information such as speed and fuel economy.

As you’d expect, the Jimny’s high driving position gives you a good view of the road ahead, and its boxy shape and tall windows mean visibility at junctions is excellent, too. The front side windows even have a cut-away at the bottom so that you can see down towards the front wheels easier when off-roading. The relatively short overhangs also make it easy to judge the Suzuki’s extremities when parking – which is just as well, given that parking sensors aren’t available. 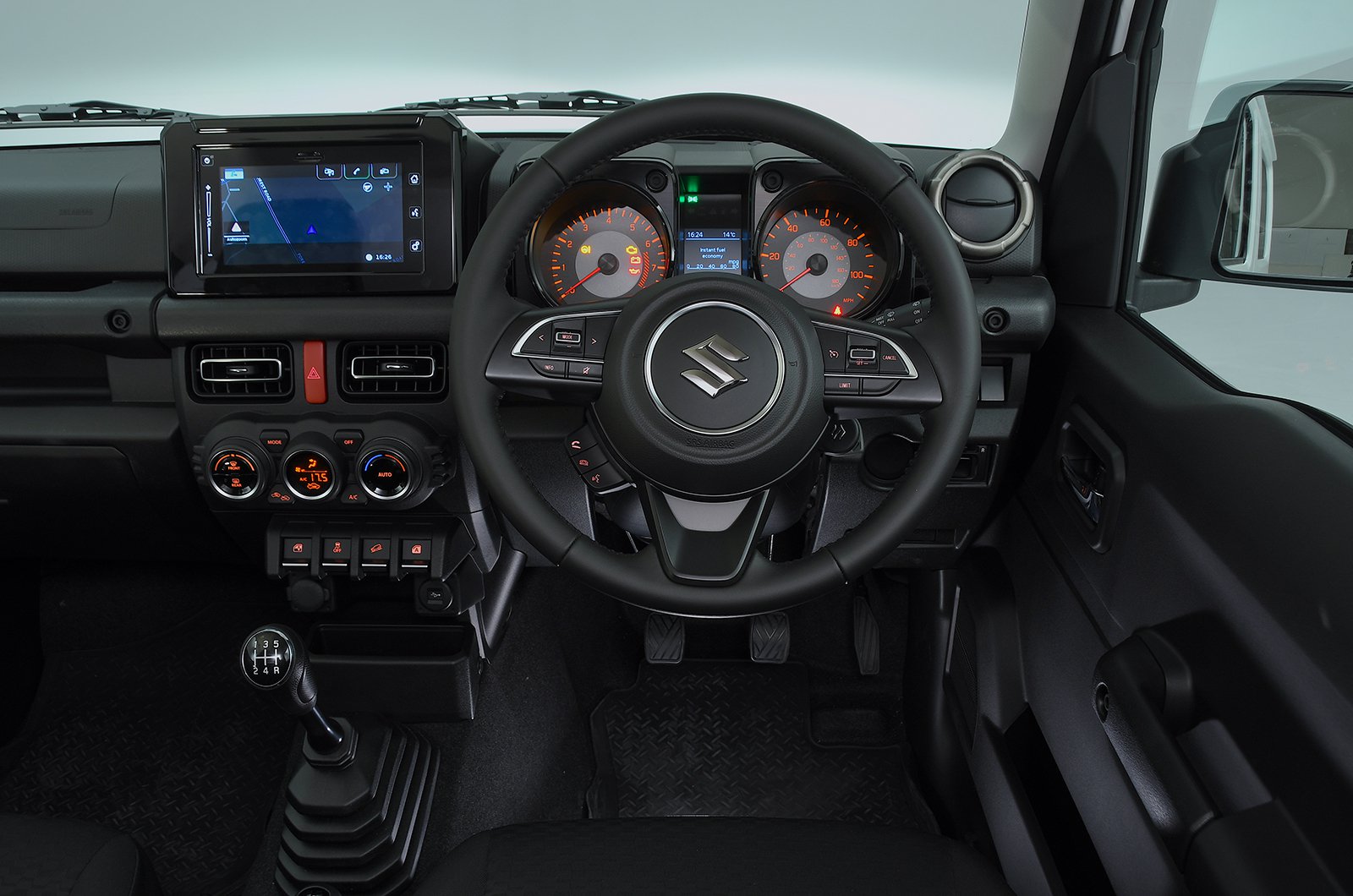 Go for entry-level SZ4 trim and you’ll get a DAB radio, a USB port and Bluetooth. The system is very basic, but it isn’t difficult to use. Plus, this option gets a CD player if you’re more disc than download.

Top-spec SZ5 models get a more sophisticated system with a touchscreen and sat-nav. You also get Smartphone Link, meaning you can mimic your phone’s screen on the car’s media system. This isn't as good as Apple CarPlay or Android Auto, though.

On the whole, the infotainment system is easy enough to use. However, it can be a little slow to respond, while the functions controlled by the touch-sensitive pads next to the screen – including the volume – would be less fiddly to use if they were physical buttons. All things considered, the systems in the Seat Arona and Dacia Duster are considerably better.

The Jimny is rather utilitarian. The doors and tailgate feel quite light and tinny when you close them, while the interior plastics, including those on top of the dashboard and lower down, are hard to the touch.

But while the Jimny isn't exactly plush inside, its interior does at least feel durable and well assembled, and you can wipe it clean to get rid of muddy scuffs from gloves or wellies.