Which used Suzuki Liana saloon should I buy?

When buying second-hand, it really is a case of reversing the advice we gave when buying this car new. When new, it wasn't worth paying the extra £1000 asking price for the GLX over the GL. However, now that someone else has taken the hit on depreciation - and, believe us, they will have - you may as well go for the better equipped GLX.

This four-door saloon was introduced in 2002, but if you must have a Liana, we recommend the more practical five-door hatchback.

There's only one engine, a 105bhp 1.6-litre and it's best with the five-speed manual rather than the four-speed auto. 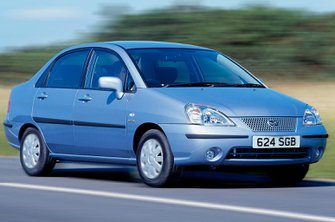