Suzuki would argue that the Swift Sport is a true competitor to cars such as the Ford Fiesta ST. In reality, the Swift sits somewhere between the pricier, more powerful Fiesta and the cheaper, slower Volkswagen Up GTI.

That said, perhaps the Swift Sport’s comprehensive list of standard kit will help the medicine go down. There is just one fully loaded trim level available, which gives you all the features we’ve mentioned so far, as well as climate control, keyless entry/start and 17in alloy wheels.

The Swift Sport is more expensive to insure than the Up GTI, though, and, while the 43.9mpg that it returned during our testing is respectable, the Up GTI bettered it at 45.7mpg. Similarly, the Up also emits less CO2, which combined with its lower list price, makes it cheaper than the Swift for company car tax. Both are in a much lower tax band than the far thirstier Fiesta ST, however.

As regards safety, the Swift Sport comes with automatic emergency braking (AEB), lane-keeping assistance, a drowsiness monitor, radar cruise control, blind spot monitoring, a warning system to warn of approaching objects from the side when reversing  and advanced forward pedestrian detection. This helps to lift the regular Swift’s rather shocking three-star Euro NCAP rating (without the same features fitted as part of an optional safety pack) to a much more respectable four stars.

You can at least rest in the knowledge that Suzuki performed very well in our 2019 reliability survey, finishing third out of 31 manufacturers. You’d therefore hope that the Swift Sport would be a dependable car, and it does come with a standard three-year, 60,000-mile warranty. 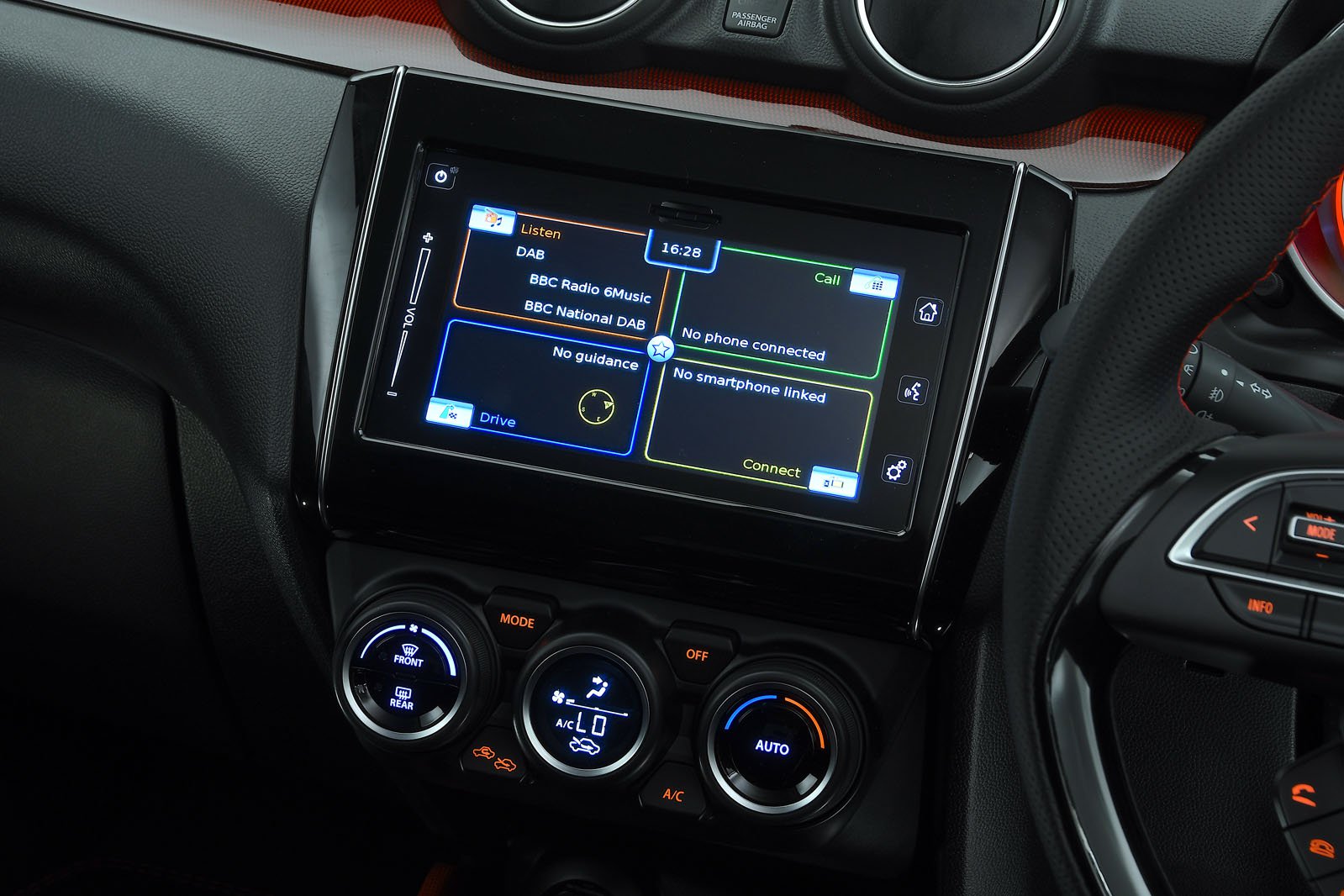