Which used Suzuki Swift hatchback should I buy?

Initially, the Swift was available in three trim levels. The base GS model came with a split-folding rear seat and front foglights, while GLX models added central locking and steering wheel adjustment. The GTi version has various spoilers and electric windows.

In 1995, two more trim levels were introduced. The GC included a remote boot release, two-speed wipers and a rear wash-wiper, while the GLS had tinted glass and electric windows and mirrors.

The range was revised again in 1997. GC trim was renamed GL, and GLX trim gained power steering and electric windows. But, by the time production halted in 2003, only the 1.0 GL and 1.0 GLS remained. 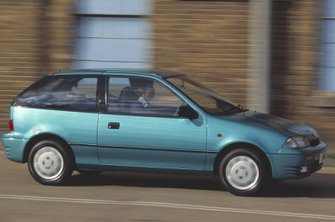