What should I look for in a used Toyota Celica coupe?

With the Celica, all you really have to look for is the right combination of colour and trim. The company consistently finishes high in our Reliability Surveys, and the Celica has always been well received in JD Power surveys, rated the best coupe in 2006 and in the top 20 overall in 2005.

According to Warranty Direct, problems with the Celica are rare, but half of them come from the suspension. A further third are down to the engine. Other than that, the only problems we have heard of are brake discs rusting on cars that don't get much use and the tailgate struts collapsing.

There have been just two recalls. The first affected cars built before September 2000 and concerned brake fluid leaking from the master cylinder. The second was for cars built in 2002, where fuel could spill out of the filler cap. Affected cars needed a new valve or a replacement fuel tank.

What are the most common problems with a used Toyota Celica coupe? 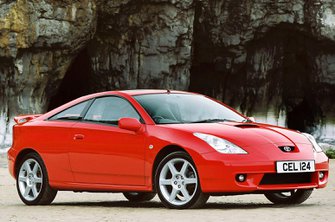