Which used Toyota Corolla estate should I buy?

Avoid the 1.3-litre petrol engine and its gravely misleading Sportif title. Rice puddings emerge from encounters with this engine with their skins very much intact - its weedy 89lb ft of pulling power just isn't up to the job. The 109bhp 1.6-litre petrol and the 71bhp 2.0-litre diesel do a better, if not brilliant, job.

Improvements came in 2000. Toyota gave the Corolla a new twin-headlamp face, and the estate got fresh engines. Both the 94bhp 1.4-litre petrol and 108bhp 1.6 use Toyota's VVT-i variable valve timing technology to great effect.

Toyota introduced a 1.9-litre diesel engine in February 2000 which was okay, but the 88bhp 2.0 D4-D turbodiesel, which arrived a year later, is the one to go for. Find a GS-spec model from a used car supermarket and you'll have the perfect combination. 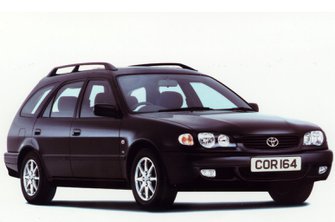