All Toyota Highlanders get electrically adjustable seats up front, complete with memory. They line up well with the pedals and steering wheel, so it’s easy to find a driving position that suits you and remains comfortable after a few hours in the saddle.

You’ll find a fairly large digital display between a couple of analogue dials behind the steering wheel, although it’s far smaller and less configurable than the fully digital driver’s displays found in the Audi Q7 and Mercedes GLE. Still, it can show a combination of information such as economy, navigation instructions and a digital speed readout clearly enough.

Unlike in an increasing number of rivals, including the Q7 and the Land Rover Discovery, you won’t find loads of touch-sensitive controls that are fiddly to use on the move. Instead the heating, stereo and all other major functions are dealt with by easy-to-find buttons that click satisfyingly when pressed or knobs that are easy to operate. It’s all refreshingly simple.

Visibility is good, thanks in part to a seriously lofty driving position that puts you almost eye to eye with Discovery owners. The windscreen pillars are pretty thin, the side windows are a good size and even the rear pillars aren’t as chunky as some rivals. Front and rear parking sensors with automatic braking and a rear camera help with parking on both trims, with Excel Premium adding a 360deg camera system.

At night you can rely on bright LED headlights with adaptive high beam that allows you to keep main beam on longer. At this price it almost goes without saying that automatic headlights and wipers are standard.

Less impressive is the standard 8.0in infotainment system. It’s got all the basics, including a DAB radio, easy to follow sat nav, wireless phone charging and even a punchy 11 speaker JBL stereo. It’s reasonably responsive and is surrounded by useful shortcut buttons, but the icons are a bit small and graphics fuzzy compared with systems in rivals. The good news is that you can bypass Toyota’s software by using Apple CarPlay/Android Auto smartphone mirroring (another standard feature), and the display is mounted nice and high on the dashboard.

If you’re hoping for a truly sumptuous interior, you might be slightly disappointed. Leather seats are standard and there’s plenty of squishy plastics, but your fingers don’t have to wander too far to find harder plastics on the doors. The central cubby between the front seats has some rather flimsy trays and separators. The Q7 and BMW X5 are undoubtedly more luxurious, yet the Toyota Highlander’s interior is better screwed together than that of the flashy but slightly flimsy Mercedes GLE. 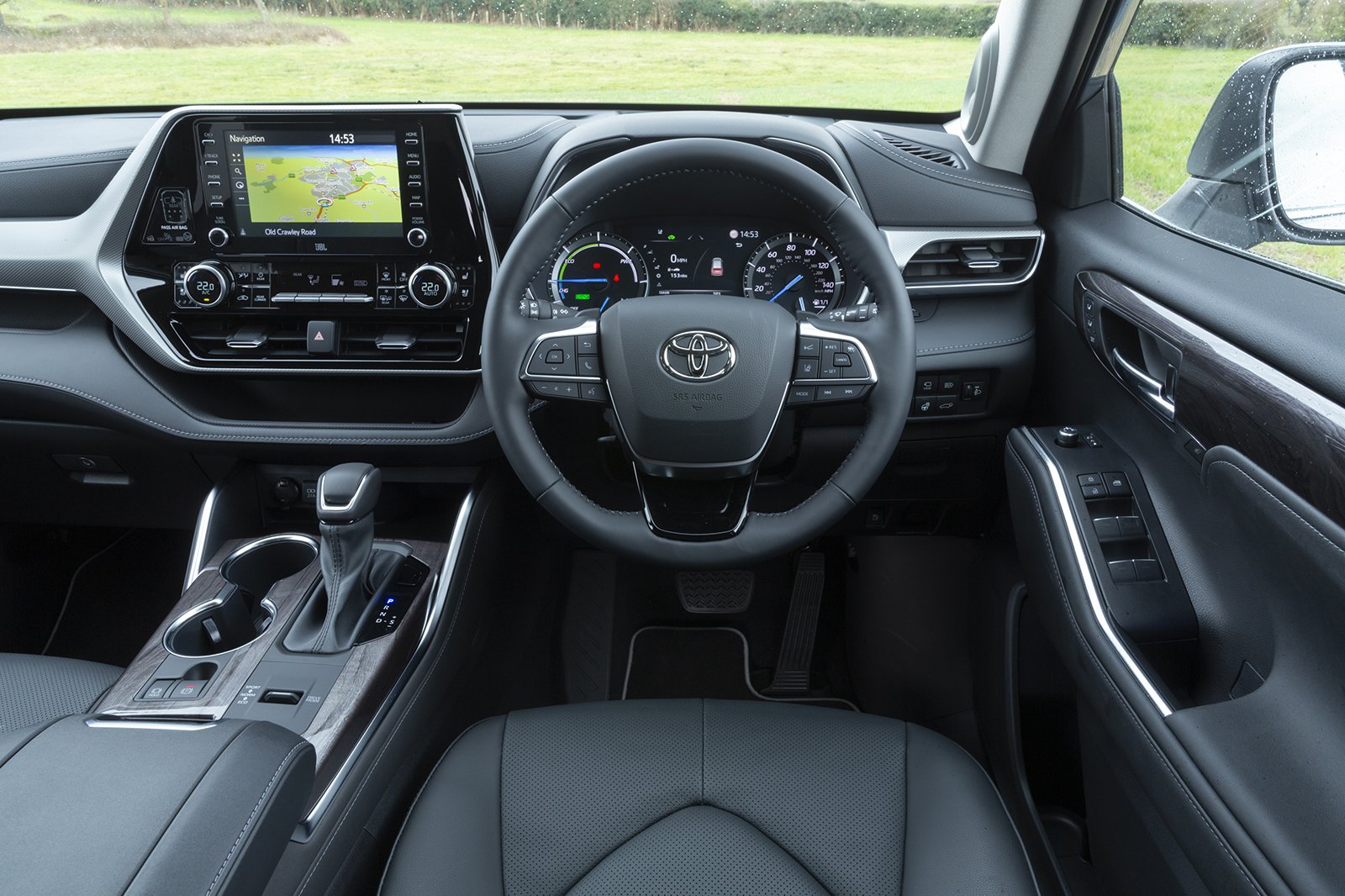