The Highlander is what Toyota's marketing department has christened a ‘self-charging’ hybrid. That means it has a small battery that's charged up either by the petrol engine or when the car harvests energy usually lost during braking, and it uses that energy to power an electric motor.

In most situations, the Highlander’s electronic brain uses its two power sources intelligently. If you pull away gently and there’s some charge in the battery, it will resist firing up the petrol engine. That makes crawling along in stop-start traffic a smooth and generally peaceful experience. Hybrid versions of the Hyundai Santa Fe and Kia Sorento are far more reluctant to power themselves along using electric power alone.

If you use anything close to maximum acceleration, though, the Highlander sounds as though it’s stuck in first gear – the petrol engine revs away frantically and monotonously. When you’ve reached the speed you want to be doing, or if you’re happy to accelerate slowly, the engine is far less rowdy. At a steady 70mph cruise, the Highlander is a quieter car overall than the Santa Fe and Sorento.

Its spongy suspension helps it soak up the sort of minor road imperfections that the firmer-riding Santa Fe and Sorento pick up on. They both deliver a much more controlled, less bouncy ride at higher speeds, though, and are not as prone to crashing noisily over potholes.

The Highlander is something of a blancmange through corners, too. It feels heavier than the two Korean cars (it’s no illusion), sways around far more through corners and ultimately has a lot less grip. The Peugeot 5008 is another sharper handling alternative.

The 2000kg towing capacity does at least beat hybrid versions of the Santa Fe and Sorento, although you’ll find plenty of diesel-powered large SUVs capable of pulling more. 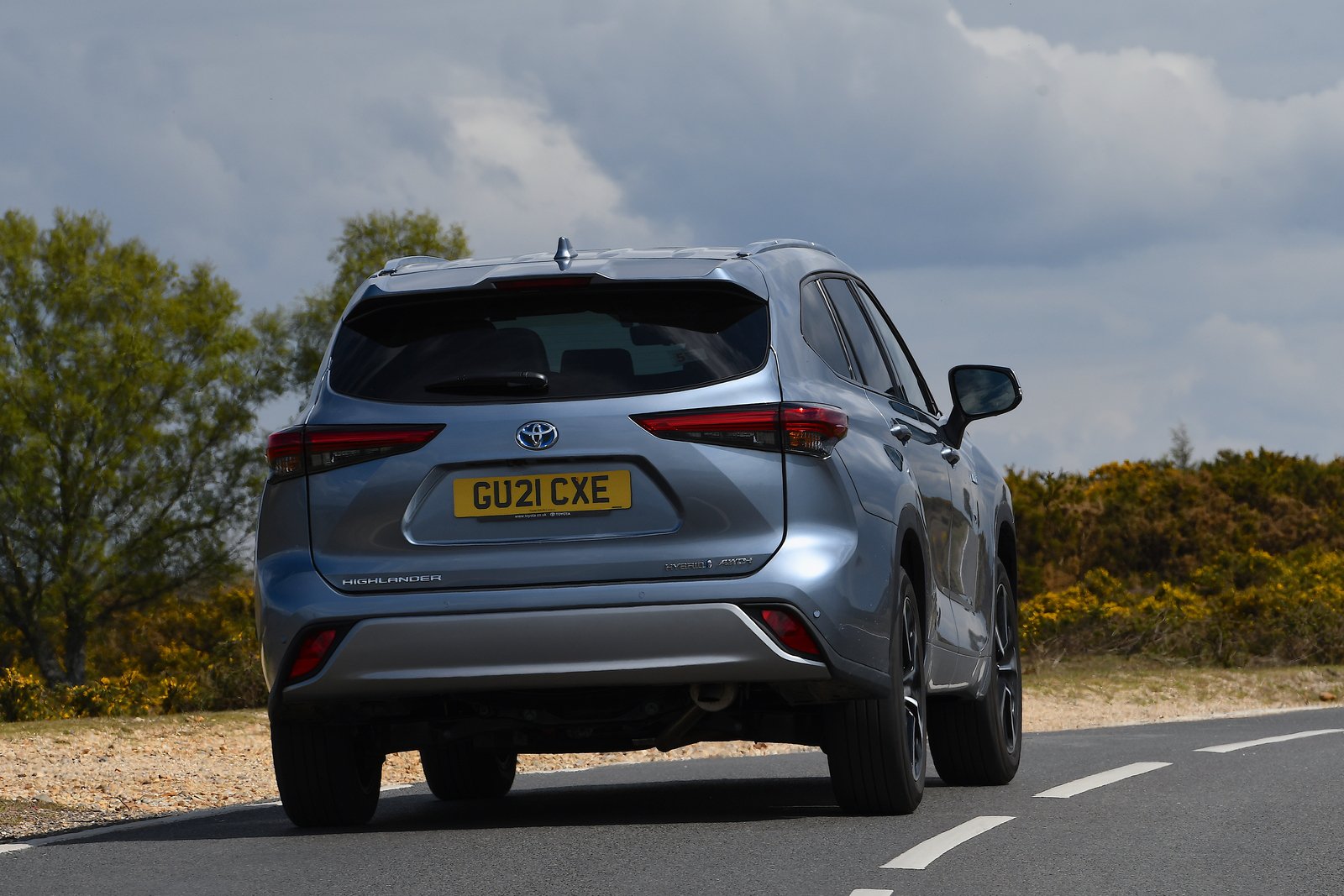