What used Toyota Land Cruiser Amazon 4x4 will I get for my budget?

How much does it cost to run a Toyota Land Cruiser Amazon 4x4?

This is a big car with big engines - and the costs to match. Amazingly, although the contemporary Range Rover was more expensive as a new car, the Amazon costs more on the used market.

True, the bills aren't too bad by the standards of big 4x4s, but even the most frugal engine, the diesel, returns just 25mpg on the combined cycle, and the V8 petrol returns a shocking 17mpg. Servicing is also pretty expensive, dearer than on a Nissan Patrol, although again, it's almost exactly the same as on a Range Rover. Likewise, the Amazon falls into groups 14 and 15 for insurance, which is on a par with rivals.

However, unscheduled repairs could be quite expensive. Warranty Direct tells us that, although Toyota labour rates are about average, repair costs on Toyotas (and on Landcruisers in particular) are higher than average. 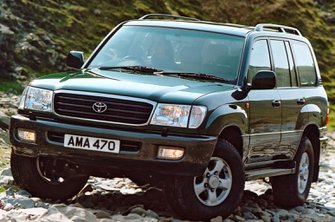