What used Toyota Picnic MPV will I get for my budget?

How much does it cost to run a Toyota Picnic MPV?

The Picnic always looked a little expensive when new because it was priced against more practical full-sized people-carriers, but it doesn't hold its value especially well, so buying a used example won't hit you too hard in the pocket.

Maintenance is a bigger concern if you plan to use Toyota dealers because they charge more per hour than most of their mainstream rivals. They also take longer than average to carry out repairs. Don't despair, though. You can cut labour rates by more than 40% if you have the car maintained at an independent Toyota specialist rather than a franchised dealer.

Picnic owners will also be happy that insurance bills will be comparatively low. Most models sit in group 10, with the one exception being the group 11-rated GX.

However, fuel economy isn't so hot. The diesel returns just 36.2mpg on average, while the petrol averages 31.4mpg. 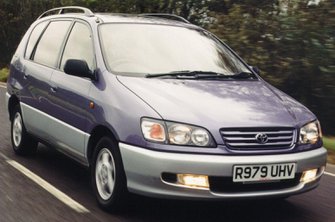