However, it's not all quite as sweet as it sounds. As with any car, obtaining the official claimed mpg is near to impossible and if you can get mid-50s mpg you'll be doing very well indeed. Also disappointing is the fact that insurance, at group 8, is pricier than what you'll pay to cover the Corolla or the Civic. However, the big drawback as the miles begin to mount will be the cost of replacing the Prius's very expensive battery. At least you have the assurances of the 100,000 mile, eight-year powertrain warranty.

At least, the Prius will prove cheaper to service than its aforementioned rivals, although remember you will have to take it to an official Toyota dealer. 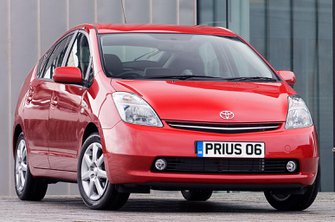