What used Toyota Yaris hatchback will I get for my budget?

How much does it cost to run a Toyota Yaris hatchback?

With insurance starting at group 1 for the 1.0-litre and 3 for the 1.3-litre, your premiums should be low. Fuel economy isn't bad, too, with these engines returning 52mpg and 47mpg respectively.

The smaller petrol Yaris models sit in car tax band C, while the diesel is in band B. The hot 1.8-litre SR lets the range down with an unhealthy group E and insurance at group 7.

The Yaris isn't the most expensive supermini to maintain, compared with some rivals such as the Renault Clio, but it's a little more expensive than the Vauxhall Corsa or Peugeot 207.

Toyota dealers aren't that expensive when it comes to getting your Yaris serviced, but you could save about 40% by switching to an independent garage.

Even the earliest cars are still covered by the three-year, 60,000-mile warranty, so you should be looking at least a year's worry-free motoring. 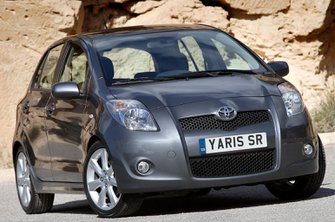