The Adam is only adequate for front space, with just about enough head and legroom to accommodate tall drivers. There’s not much storage space around, but a cubby beneath the air-con controls – housing the USB, auxiliary input and the 12V socket – is ideal for storing your phone and keeping all the wires out of the way.

The door bins are fairly narrow and the front cupholders are positioned a long way back, behind the handbrake. This means you have to stretch backwards to reach them, and run the risk of knocking them with your elbow.

No one buys a city car expecting to find sprawling space for those in the back, but the Adam is the worst in its class for rear seat accommodation. As with many of its peers, there’s only room for two seats, although they’re quite deeply sculpted with adjustable headrests. However, the front seats are quite chunky, so even an average-sized driver will leave little leg room for those behind.

There's also less head room than in rivals such as the Audi A1 and Fiat 500, and passengers are likely to feel rather cramped back there. The central floor space is taken up by three fixed cupholders – which are also likely to be used by front occupants. 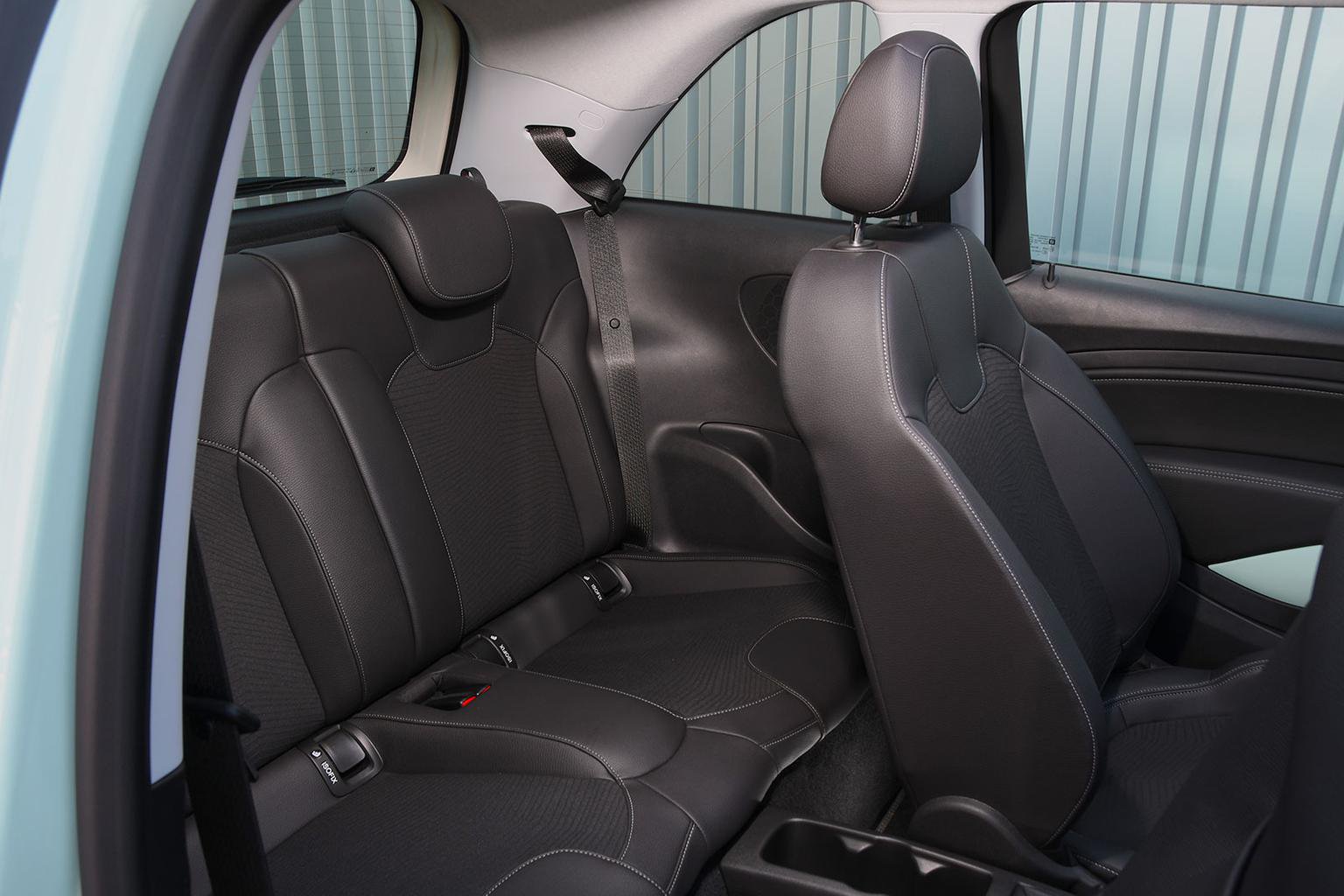 The rear seats fold in a 50/50 split, which is fairly standard for cars in this class, with folding levers that are easy to reach from the door or the boot. When folded, the seatbacks are nearly flat, but they leave a step in the boot floor.

The front seats fold easily enough for access to the back, but there’s no way of collapsing the passenger backrest completely so you can load long items.

The Adam’s boot is smaller than those in most other city car rivals, including the Fiat 500 and Volkswagen Up. Even so, it will be fine for a few big shopping bags, but anything more taxing could be a struggle, not helped by the high loading lip that restricts access.