Pull away and, at low speeds, you’ll hear that now-familiar – yet always eerie – electric hum. You may be interested to know that, legally, all new electric cars must emit a sound when travelling at speeds under 12mph, in order to warn pedestrians of their presence. Press your right foot down a little harder and you’ll find that there is enough performance to shove you into the back of your seat. In our tests, the Corsa-e managed a 0-60mph time of just 8.0 seconds, making it comfortably quicker than a Renault Zoe or Seat Mii Electric, although not quite as nippy as a Mini Electric.

We’d stop short of calling the Corsa-e ‘sporty’, though. That’s because, despite having firmer suspension than its petrol-powered sibling, it leans more significantly through the corners – a side effect of lugging around the extra weight of its 50kWh battery. And while the Corsa-e’s steering has also been given a weightier feel than that of the standard car, it’s still rather vague. In fact, both the Mini Electric and Peugeot e-208 are more fun through corners, thanks largely to their sharper and more accurate steering set-ups.

The Corsa-e’s driving modes have no influence on its suspension, but Sport mode maximises the performance of the battery, while Normal and Eco modes switch the focus to elongating range. The power system also incorporates a ‘B’ mode – activated by pulling the gearstick back from the default ‘D’ mode – that increases the effect of the car’s regenerative braking system; lift off the accelerator and the car slows down and energy that would otherwise be wasted during deceleration is harnessed to replenish the battery.

The brakes themselves feel curiously spongy compared to those of most conventional cars; this can make it hard to slow your progress smoothly until you're used to them. And while the electric motor remains hushed at higher speeds, there’s a little bit of wind and road roar to contend with – plus you’ll hear the suspension working over bumps. Even so, it’s far more relaxing inside than the noisy Mini Electric.

Officially, the Corsa-e can go 209 miles between recharges – a very similar figures to the closely-related 211-mile e-208, which we know is capable of more than 160 miles in real-world driving conditions. It’s also farther than the Seat Mii Electric’s 162 mile range, but is beaten by the Renault Zoe’s official range of 245 miles. The Kia e-Niro and Hyundai Kona Electric will go even farther in real-world driving conditions, placing the Corsa-e comfortably in the middle of the pack. 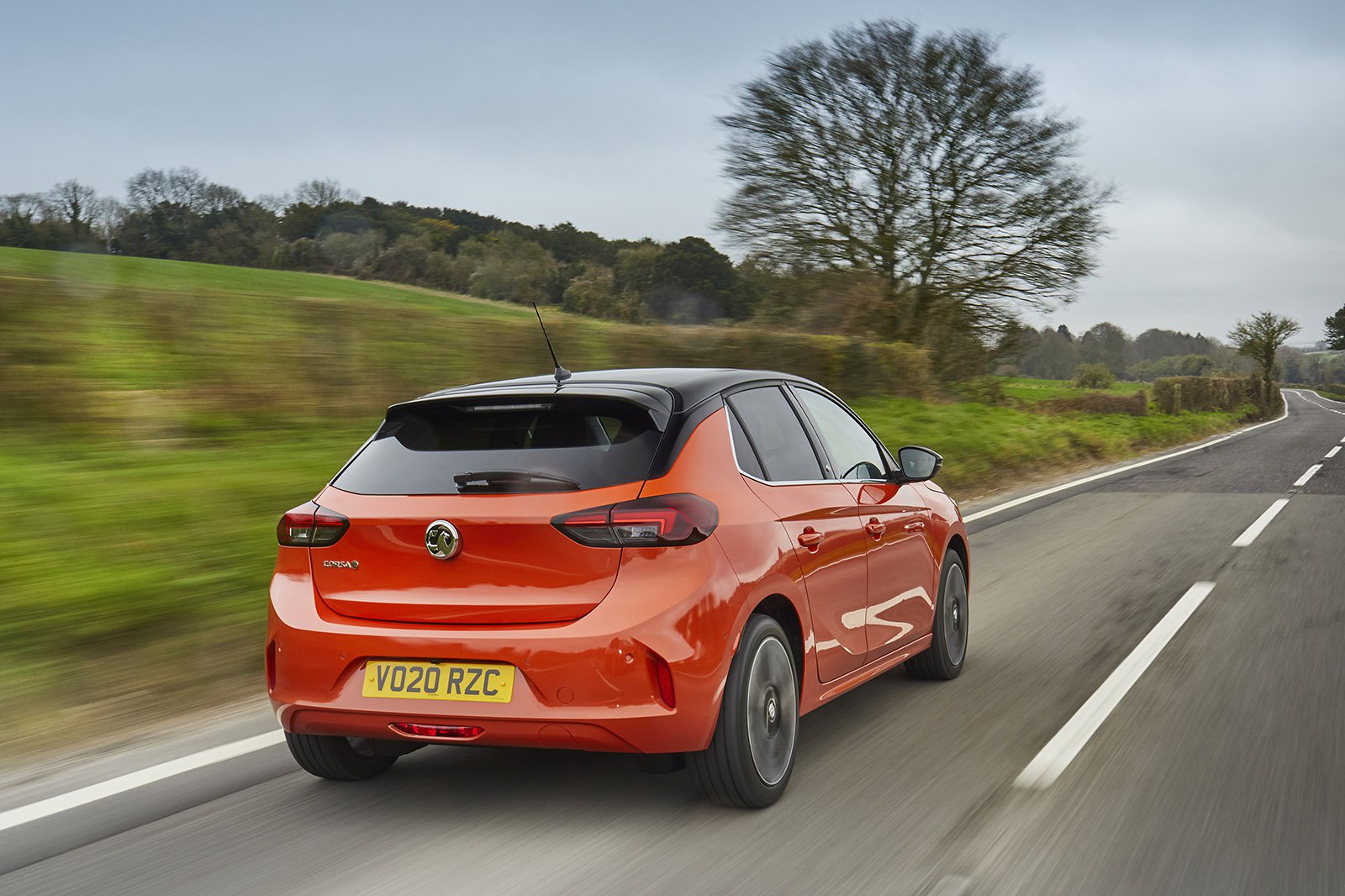