Although most people will be able to get comfortable in the Corsa VXR, not everyone will. If you’re tall, for example, the driver’s seat doesn’t slide back as far as it does in a Fiesta ST, leaving you short on leg room, and while the steering wheel moves in and out as well as up and down, again, the range of movement rearwards isn’t as good as in some rivals. There’s no footrest for your left leg, either. You do get height adjustment as standard, and the VXR’s sports seats are figure hugging but still comfortable on a long journey.

The rest of the dashboard is easy to use, though, with clear dials and a simple layout for the major controls, such as the heater.

Visibility is about par for the course. The thick, steeply angled windscreen pillars can block your vision through a tight corner, while the chunky rear pillars are similarly obstructive when reversing, but you won’t find the Fiesta ST or Renault Clio RS distinctly better. Front and rear parking sensors, and a reversing camera, are available as options to help out.

The VXR does have a better infotainment system than both those rivals. Vauxhall calls it its Intellilink system, and it comes with a 7.0in colour touchscreen as well as a DAB radio, Bluetooth and a USB port. Where it really trumps the Fiesta’s and Clio’s antiquated systems is the standard Apple CarPlay or Android Auto function, so you can use your smartphone’s apps through the touchscreen, including Google Maps to act as a sat-nav (there is no in-built sat-nav option).

The menus and the system’s responsiveness also make it easier to use than the Fiesta’s or the Renault’s, but even so, there are issues. The touch-sensitive control buttons underneath the screen, for example, are a bit fiddly to use on the move.

A variety of textured materials, including gloss-finish trim and cushioned rests on the front doors, make the VXR’s interior look and feel smart, and certainly much plusher than the Fiesta’s. One let down is that Vauxhall didn’t differentiate it more from regular Corsas, with a few more sporting flourishes to liven it up a bit. 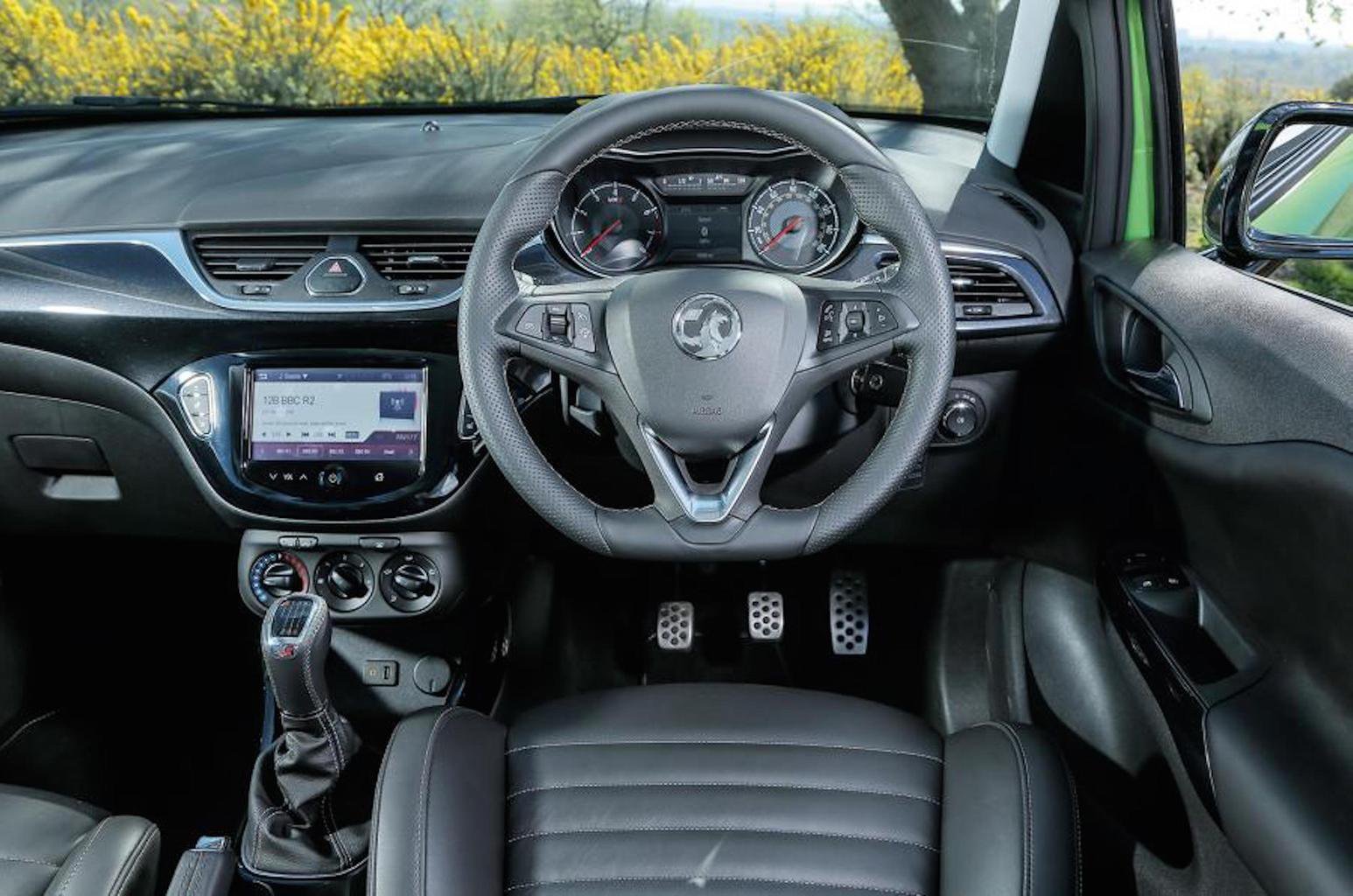