The Crossland X’s 1.2-litre petrol engine is available in three power outputs: 80bhp, 108bhp and 128bhp. We haven’t tested the 80bhp version yet, but the 108bhp feels punchy and willing to rev, and it will suit most people’s needs. If you do want some extra performance though, the 128bhp version is even peppier still.

Then there’s the 101bhp 1.5-litre diesel, which feels underpowered and sluggish in its acceleration. There’s some low-down pull, but the engine quickly runs out of puff. It might be tempting if you’ll be doing a lot of motorway miles, but we think the petrol engines make sense for the vast majority of buyers.

In town, the Crossland X is as lumpy and unforgiving as the Mokka X and Nissan Juke, with rippled roads or potholes sending a pronounced thump through the car.

As speed builds, those same imperfections feel less harsh initially, but can cause the Crossland X’s body to bounce up and down in a way that feels quite uncontrolled. Even on a motorway that looks smooth, you’ll still feel the car fidgeting beneath you. 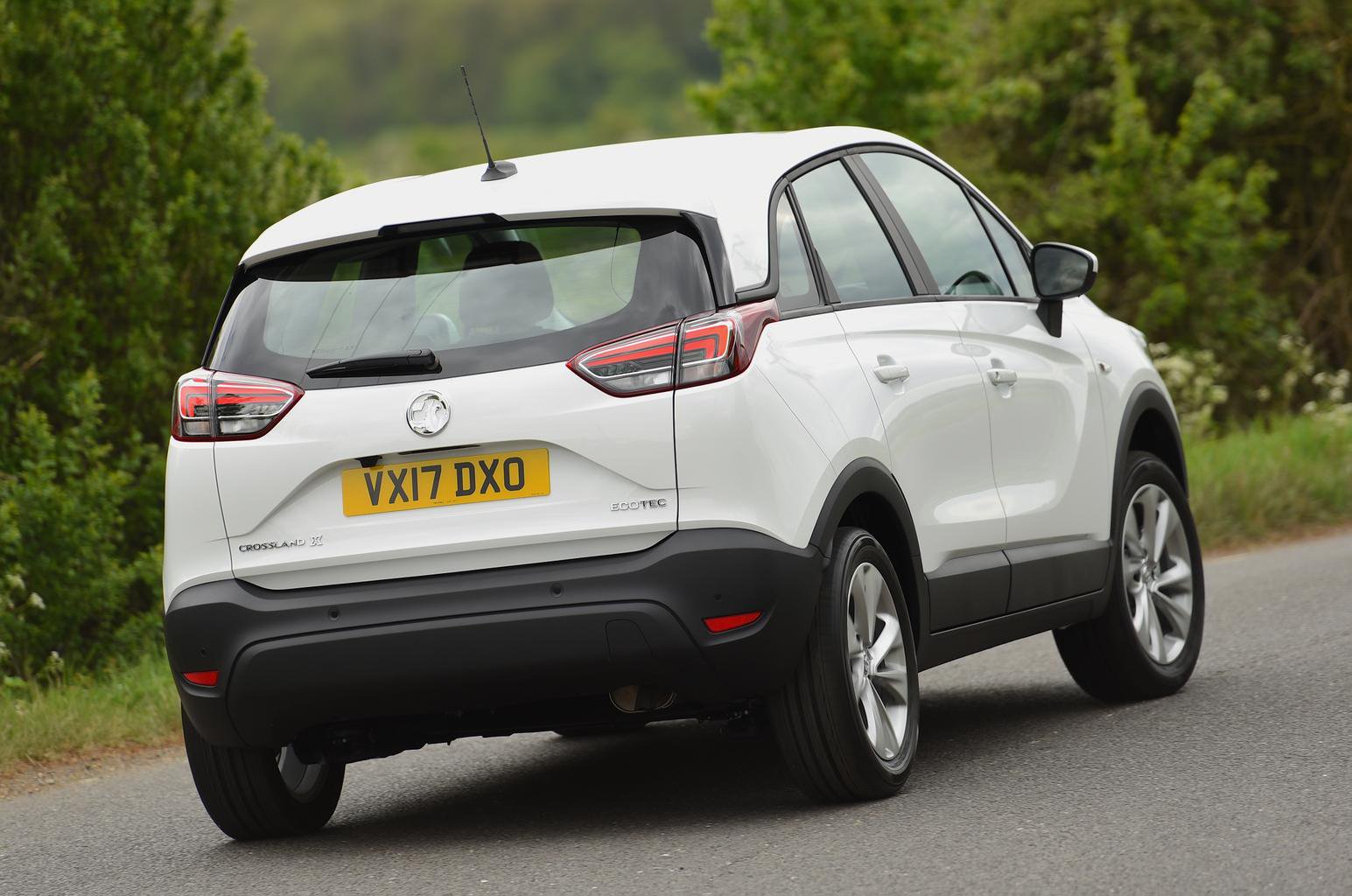 If you spend most of your time weaving through urban traffic, then the Crossland X does a good job, because its light steering makes it easy to nip in and out of lanes and helps with low-speed manoeuvres such as parking.

Sadly, more speed brings less composure, because the steering provides no useful feedback and feels too quick. Grip runs out suddenly and it can be unpredictable whether it will slide at the front or rear. The Crossland X also suffers from pronounced body lean in bends, making it pretty unenjoyable. If you’re looking for a small SUV that’s fun to drive, the Mazda CX-3 and Suzuki Vitara are better choices.

The 108bhp 1.2-litre petrol is reasonably smooth for a three-cylinder engine, but it’s connected to a five-speed gearbox that lets it rev quite noisily at 70mph. The more powerful 128bhp version gets a six-speed ‘box that means it doesn’t rev quite so frantically at speed.

The only trouble is that the more powerful engine is quite coarse at lower engine speeds, sending noticeable vibrations through the controls. We’d stick to the smoother 108bhp version.

Noise is also an issue in the 1.5-litre diesel, which also sends plenty of vibrations back into the interior. Accelerating unleashes a surge of sound, and even crawling along in traffic is a far louder experience than in rivals.

The manual gearbox also has a frustratingly vague shift action, which is a pity, because the pedals offer enough feel to let you easily drive the car smoothly in stop-start traffic.

In addition to engine noise, the Crossland X lets in quite a lot of wind and road noise at higher speeds. Combined with the jittery ride, it’s not a particularly good cruiser.