Even entry-level SE Nav trim has a pretty comfortable driver’s seat, with a decent range of adjustments that includes lumbar and seat-squab tilt for better thigh support. SRi VX-Line models and above get electric adjustment and even a massage function. These seats are particularly good at keeping you comfy on long journeys.

The gearlever is well placed, but those with daintier hands may find the gear knob a little too big and oddly shaped to comfortably grasp. Similarly, the way the instrument stalks stick up at a jaunty angle rather than sitting horizontally takes some getting used to.

We found some of the steering wheel buttons to be a bit on the small side, although at least they are proper buttons, just like the ones on the dash. An increasing number of cars have touch-sensitive controls for everything, but it’s nice to have traditional ones so you can change temperature or radio station easily and without distraction.

The Vauxhall Insignia’s fairly slim windscreen pillars mean you have a clear view of the road in front. Things aren’t so clever when you need to look behind, though, because the broad rear pillars obscure the view over your shoulders.

Helpfully, front and rear parking sensors, along with auto wipers and lights with an automatic main beam, are standard on every single model. You need to go for the pricier SRi VX-Line Nav, Ultimate Nav and GSi trims to get a rear-view camera.

All models get bright LED headlights, and the three upper trims have very effective adaptive versions that can illuminate more of the road without dazzling other drivers. It’s also worth pointing out that a rear wiper is a free optional extra. 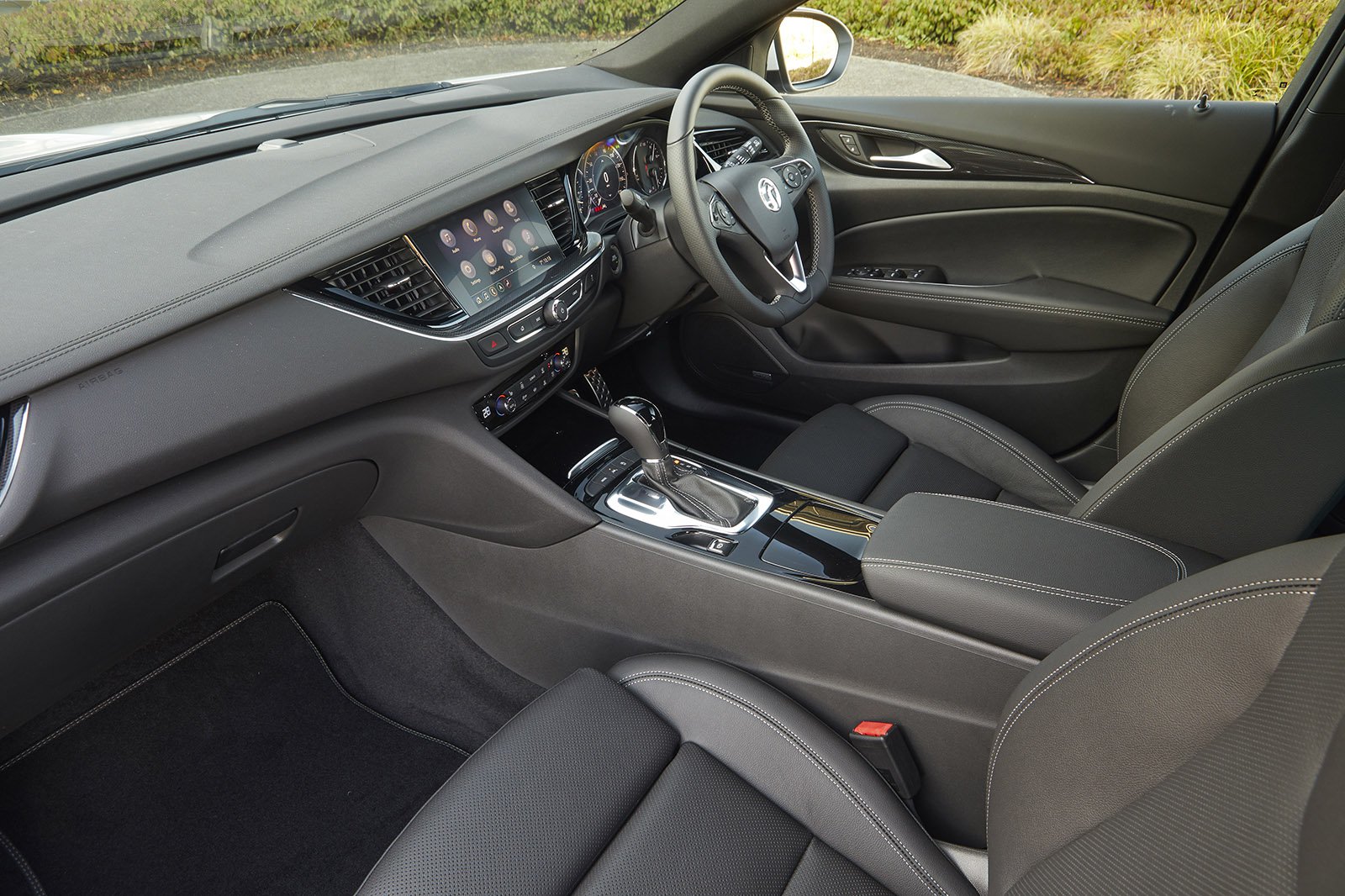 All Vauxhall Insignia models have a colour touchscreen with built-in navigation as standard – 7.0in on SE Nav and SRi Nav or 8.0in in higher trims. The 7.0in system is rather small by modern standards and its graphics are not the sharpest. It's responsive to commands and the sat-nav and menus are easy enough to use, but it can take a while to get used to the icons.

The Skoda Superb’s system looks fancier and has far bigger and easier to read icons, while the BMW 3 Series’s iDrive is the best infotainment system in the class.

More positively, both systems have Apple CarPlay/Android Auto smartphone mirroring, which allows you to control certain phone functions through the infotainment screen. The Insignia also has two USB ports for passengers in the front, while in the SRi VX-Line Nav trim and upwards, the rear passengers get a pair too.

There’s certainly a good spread of soft-touch plastic in areas of the Vauxhall Insignia you’ll come into contact with regularly, and a big chunk of it on the top of the dash as well. Piano black and metal-effect trims lift things a little further, but the effect is rather let down by the flimsy wiper and light stalks, along with buttons that squish more than they click.

Overall, it feels a little classier than a Ford Mondeo inside, but isn’t as plush as a Skoda Superb, let alone an Audi A4 or BMW 3 Series.