Design Nav trim represents the best value and oddly commands a lower list price than entry-level Active. The other trim levels, Griffin and Elite, are more expensive compared with like-for-like rivals so are much harder to recommend.

The reason Design Nav is cheaper than Active is because it's aimed at company car drivers who pay tax based on the car’s list price. It’s still worth considering if you’re a private buyer, though; just be aware that discounts are often smaller and PCP finance offers aren’t usually as tempting.

While big discounts may seem appealing, they have to be weighed against the fact that the Mokka X won’t hold onto its value particularly well. So although some rivals appear pricier, they could end up losing you less money in the long run; the Volkswagen T-Roc is a prime case in point. The Mokka X's fuel economy, CO2 emissions and leasing rates don’t match those of the class leaders, either.

Even entry-level Active models are reasonably well equipped by class standards. The 7.0in touchscreen infotainment system we mentioned earlier is included as standard, as are dual-zone climate control, cruise control and roof rails. For the reasons mentioned above, though, we’d recommend the Design Nav trim, and as a bonus, it comes with a bigger touchscreen.

Moving to Elite trim brings goodies including a leather interior, heated front seats, a heated steering wheel and privacy glass, while the Griffin trim is part of Vauxhall’s initiative to combine all the luxuries you’d want in one easy-to-understand package. Because of that, though, it's very expensive, and you’d be better off picking and choosing the options that suit you best.

Vauxhall offers a wide range of accessories for the Mokka X, including a bike carrier and a hard liner for the boot, while most of the upgrades and options are sensibly priced, too.

Vauxhall as a brand was rated average in our 2018 Reliability Survey, placing 11th out of 31 manufacturers. The Mokka X itself also managed a mid-table showing in the small SUV class.

Vauxhall’s three-year/60,000-mile warranty is on par with that offered by many rivals, although it’s short of the five-year cover provided by Hyundai and Toyota, let alone the seven-year warranty you get with a Kia.

Breakdown cover is included as part of Vauxhall’s Accident Management scheme. That means Vauxhall will help with recovery, insurance claims and making sure all repairs are approved with genuine Vauxhall parts. 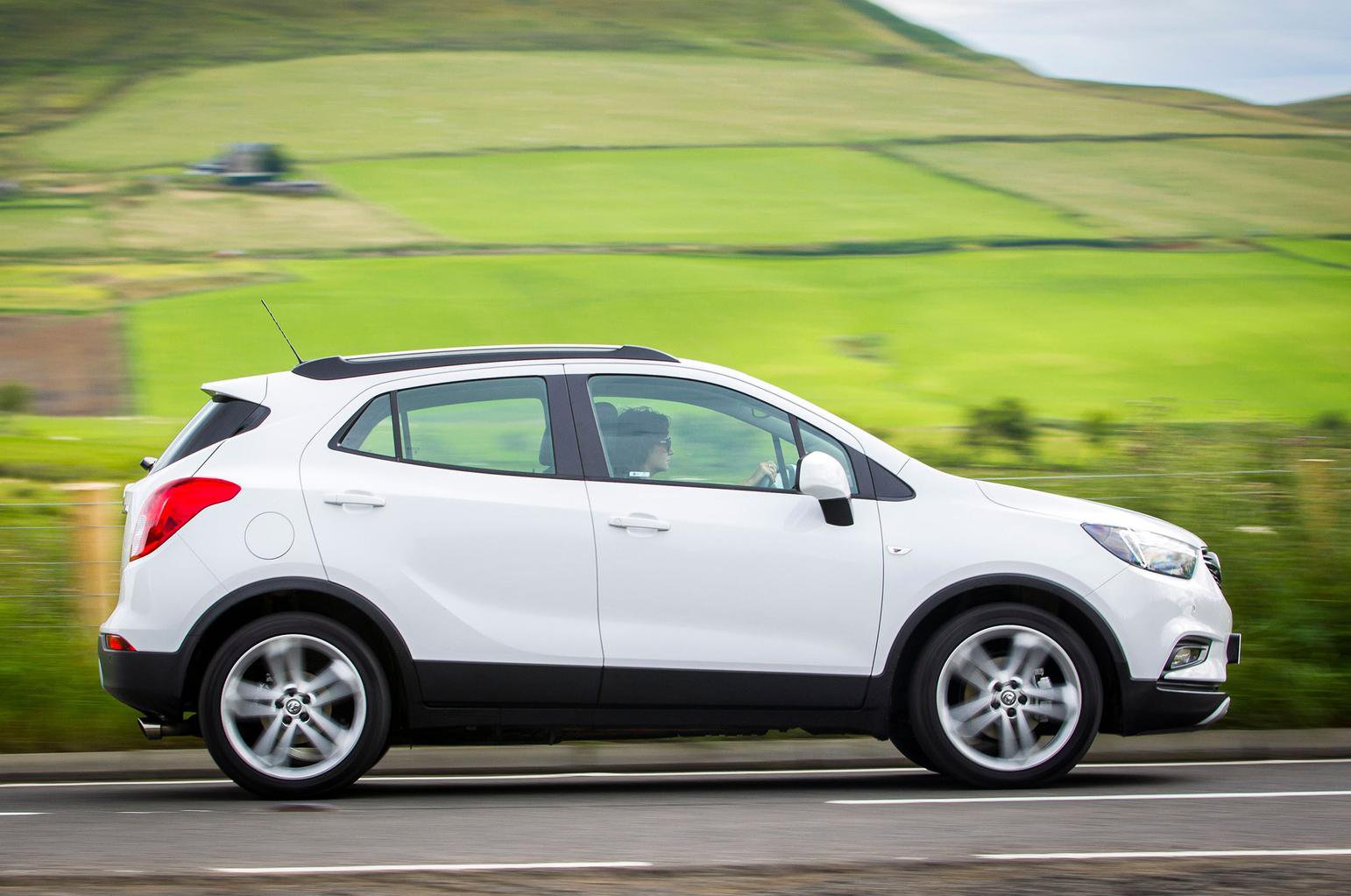 Like its rivals, the Mokka X gets stability control to help you avoid sliding off the road, and city automatic emergency braking is also included. This helps prevent you rear-ending the car in front by automatically applying the brakes before it’s too late at low speeds. There are also front, side and curtain airbags to help keep you from harm.

The Mokka X received the full five stars in its Euro NCAP crash test in 2012, but with a slightly limited list of modern safety features available, it would be unlikely to fare so well in today’s more stringent tests.