If your main priority is performance, the Vauxhall Mokka Electric doesn't exactly stand out from the crowd. The electric motor's 134bhp officially results in a 0-60mph time of 9.2 seconds and a top speed of 93mph. We found it quicker in the real world than the numbers suggest, and saw 8.6sec during tests.

Even in Sport driving mode, you don’t get the instant shove many electric SUVs deliver. While that’s not a problem around town, it does mean that overtaking at speeds above 40mph requires more planning than it would in, say, the Kia Niro EV Long Range or VW ID.3 Pro Performance.

If you try to press on in the Mokka Electric, you’ll soon find that it’s not a car that’s happy to be hustled. The steering is more naturally weighted and linear in its responses than on the Peugeot e-2008 but you’ll feel bumps kicking back through the wheel’s rim if you’re cornering quickly. There’s a lot more body lean than you’d find in the Kona Electric and the poised ID 3, and it doesn’t feel particularly keen to change direction in a hurry.

Grip levels are decent enough, if not as high as on those rivals, but its roly-poly nature and general lack of composure mean you’ll soon slow down to focus on conserving the battery instead. The soft springs translate to a comfortable motorway ride, though, with only the odd expansion joint sending a thud through the car.

The Mokka Electric doesn’t deal with potholes and broken surfaces at lower speeds as adroitly as the ID 3 but it’s certainly more comfortable than the overly firm Kona Electric, and doesn’t buck about on undulating roads like the bouncy DS3 Crossback E-Tense does.

The brakes are rather inconsistent, though – it can be difficult to judge how much pressure to apply to the pedal to slow down smoothly, and that can take a while to get used to. Better news is that the Mokka-e is very refined by class standards, with minimal wind, road and suspension noise. It’s significantly quieter than the ID.3, for example. 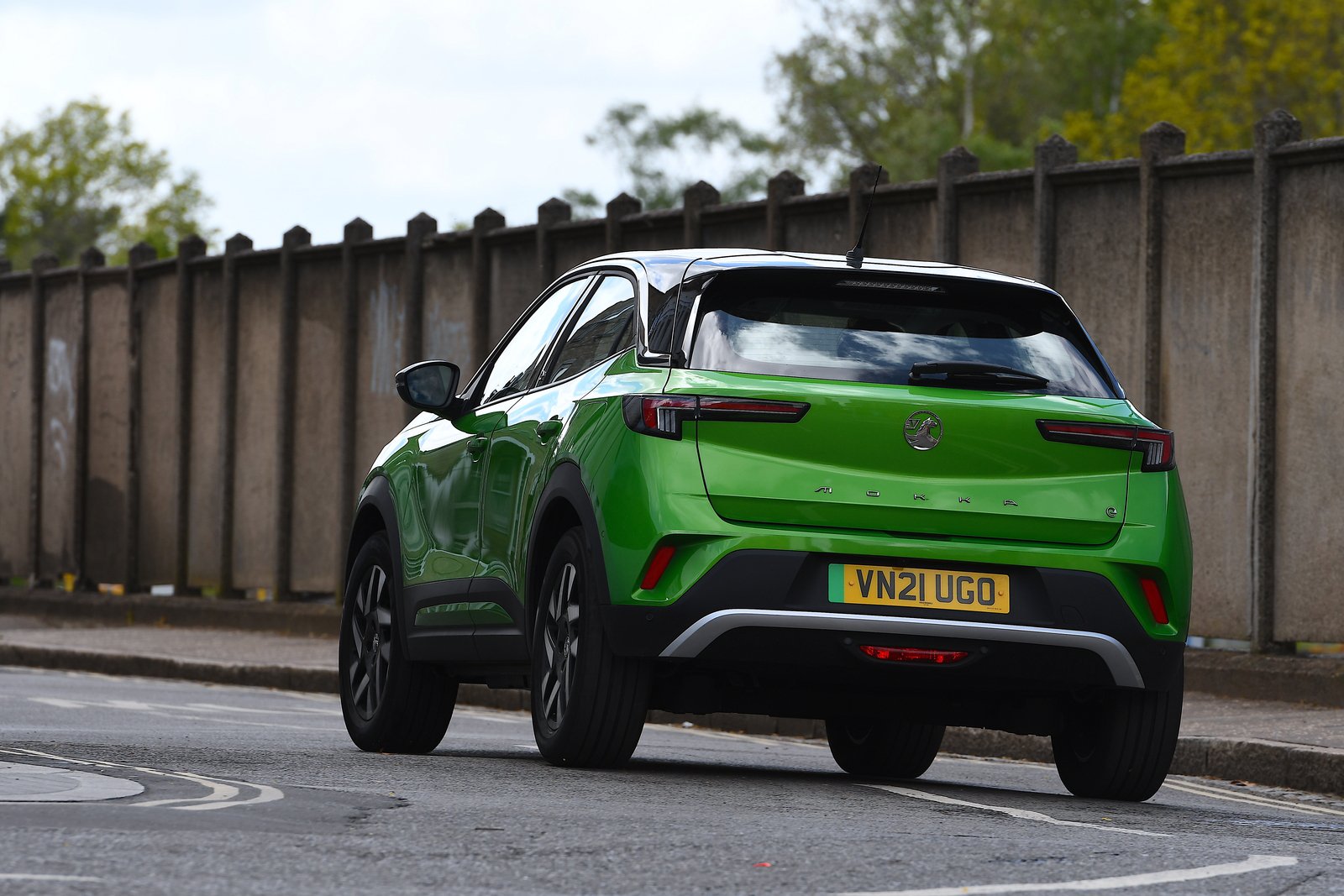