Which used Vauxhall Signum hatchback should I buy?

A year later, the two diesel engines were replaced by a 1.9-litre common rail unit with either 120bhp or 150bhp, and a 3.0-litre CDTi V6 diesel was introduced.

A face-lift in 2005 included new headlamps, interior and revised chassis. The 3.2-litre V6 petrol engine was replaced by an all-new 2.8 V6 and colour satellite-navigation was added to every model.

But, if all that is starting to get just a little bit confusing, let us cut your shopping list down: your best bet is the nippy, economical 150bhp 1.9-litre CDTi diesel.

And buy it in entry-level Exclusiv trim, with its 18-inch alloy wheels, satellite-navigation with colour screen, air-con, front foglights and cruise control, which should be enough for most.

Like every model, it also has an impressive standard safety equipment list that includes driver, passenger and side airbags, as well as curtain airbags that run the length of the cabin, anti-lock brakes and traction control. 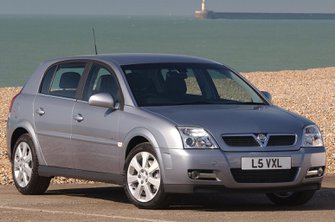