Which used Vauxhall Vectra estate should I buy?

Four petrol engines, three diesels and no fewer than six trim levels bring almost too much choice. We'd make it simpler by ignoring the smallest petrol motor, the 1.8 (too weak) and the biggest, the 3.2 (too costly to run).

As for the other petrols, the 2.2 gets our vote because it suits the car, giving the best trade-off between power and economy. But, the 2.0 turbo is quicker and still a good choice.

Even base models get a full set of airbags, anti-lock brakes, electric windows and air-con. The Exclusiv ('05 onwards) is a safe bet, but you could dig out a car with Club trim (two steps up from the most basic), because it adds alloy wheels, an excellent stereo and other luxuries. 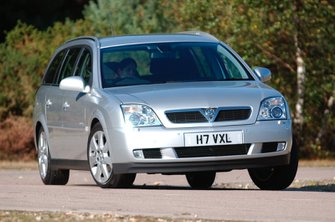