Power in the Vauxhall Vivaro-e Life comes from a single 134bhp electric motor, which is fed by a 50kWh battery pack hidden underneath the floor. With only a couple of people on board it feels sprightly on city streets but not that quick on faster roads, while filling every seat and adding a boot-full of luggage has the potential to dampen its pace considerably and reduce its range, too.

Speaking of which, it’s capable of travelling for up to 143 miles between charges according to the official WLTP tests but that’s likely to be a lot less in real-world driving. We’re yet to test that in our Real Range tests, but motorway driving particularly zaps how far any electric vehicle will go, so if you’re looking for a car to use regularly for long journeys, a traditional petrol or diesel alternative might suit you better. You can put the Vivaro-e Life into an ‘Eco’ mode, which softens off the acceleration and limits the air conditioning, but its impact on consumption is minimal.

There’s also a ‘B’ mode, which maximises the regenerative (energy recovery system) braking. This means that you can, in effect, drive the Vivaro-e Life using one pedal, and when you do need to use the brakes you’ll find they’re reasonably progressive. Wind and road noise are not bad considering its based on a van, but there is a lot of suspension noise over ridges in the road. You won’t get as much of that if you choose an SUV or MPV such as the Peugeot 5008 or Volkswagen Touran.

Those two rivals, and many more for that matter, ride better as well. The Vivaro-e Life doesn’t feel truly settled, thumping over smaller ruts and bumps and getting really bouncy over bigger undulations in the road.

Another area in which the Vivaro-e Life loses out to rivals like the 5008 or Touran is in its handling. The steering is quite slow – it requires a lot of arm twirling in tight corners or around car parks – and is a touch heavier than we’d like, but it is at least accurate. Still, this certainly isn’t a car that you buy for its agility, with lots of body lean in fast corners and its sheer size making it quite a handful in the city. 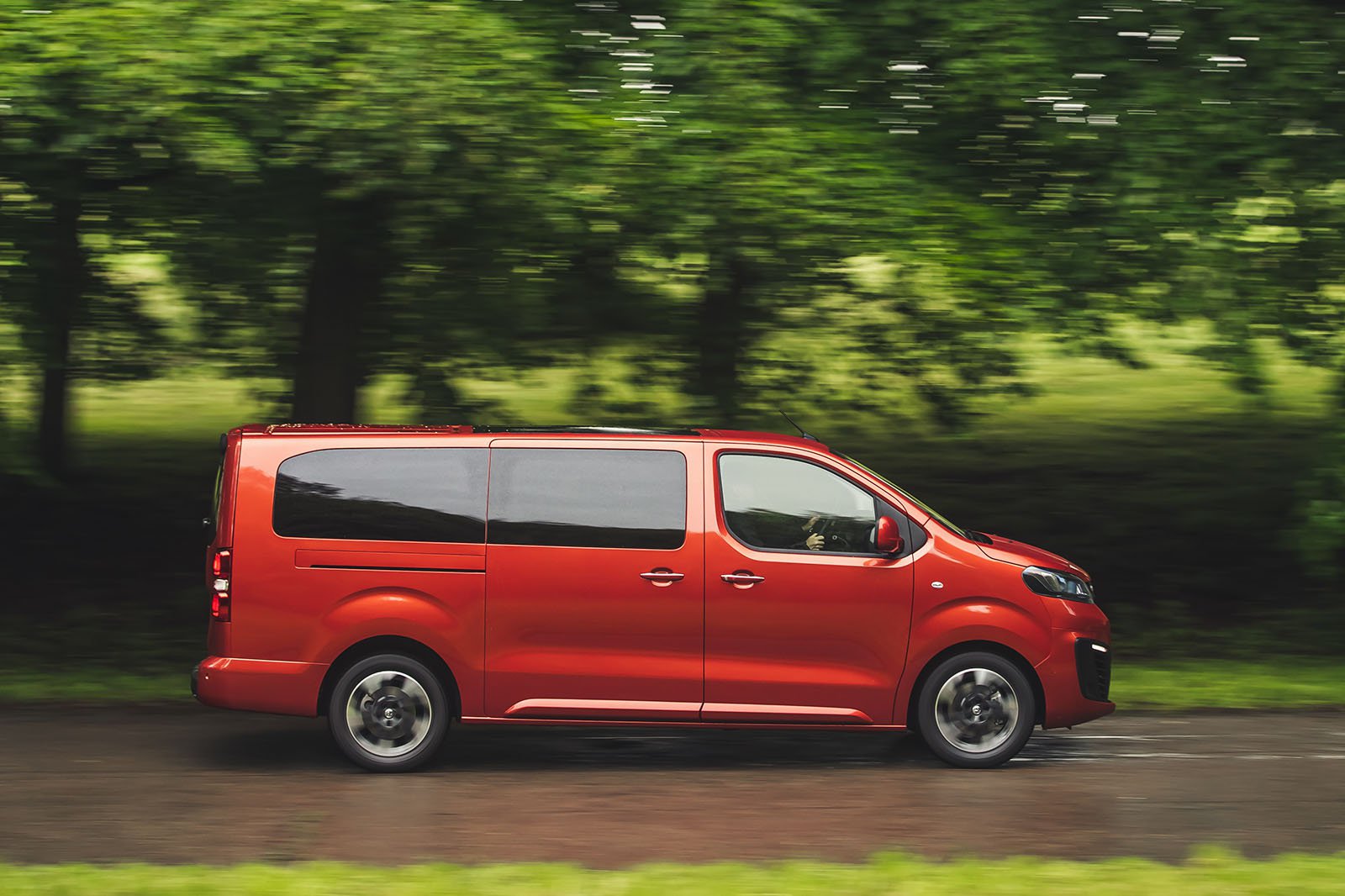