It’s important to remember the e-Transporter is a conversion performed by ABT, even though you can buy it from a Volkswagen dealership. As such, the fact it is a fairly straightforward conversion makes sense – even if does fall short of the ingenuity and leadership you’d more typically expect from VW.

For some, its simplicity may be appealing, but other, more technically advanced electric vans can be just as dialled down should you wish them to be, as well as giving you the option of maximising your range in the process.

On the other hand, the Transporter has loads of clever safety mechanisms in place and the electric van is no exception thanks to its electro-mechanical steering. The system, which is also found in the Volkswagen Crafter and new Volkswagen Caddy Cargo, enables the e-Transporter to offer a wealth of driver assistance systems that use the steering and braking to aid safety.

The Crosswind Assist system is one such example; it prevents you getting blown across the road by strong gusts of wind. There’s also automatic braking systems to try to prevent accidents as well as a driver alert system which monitors if you are dozing off. Unlike the top-trim diesel vans, there’s no adaptive cruise control, but as the eTransporter is not designed for intensive motorway driving it shouldn’t be needed anyway.

At more than twice the price, the e-Transporter looks expensive compared to a normal combustion Transporter. However, when compared against other electric vans on sale it is in the same bracket – and, as with those, there are considerable potential tax and running cost savings to factor in. 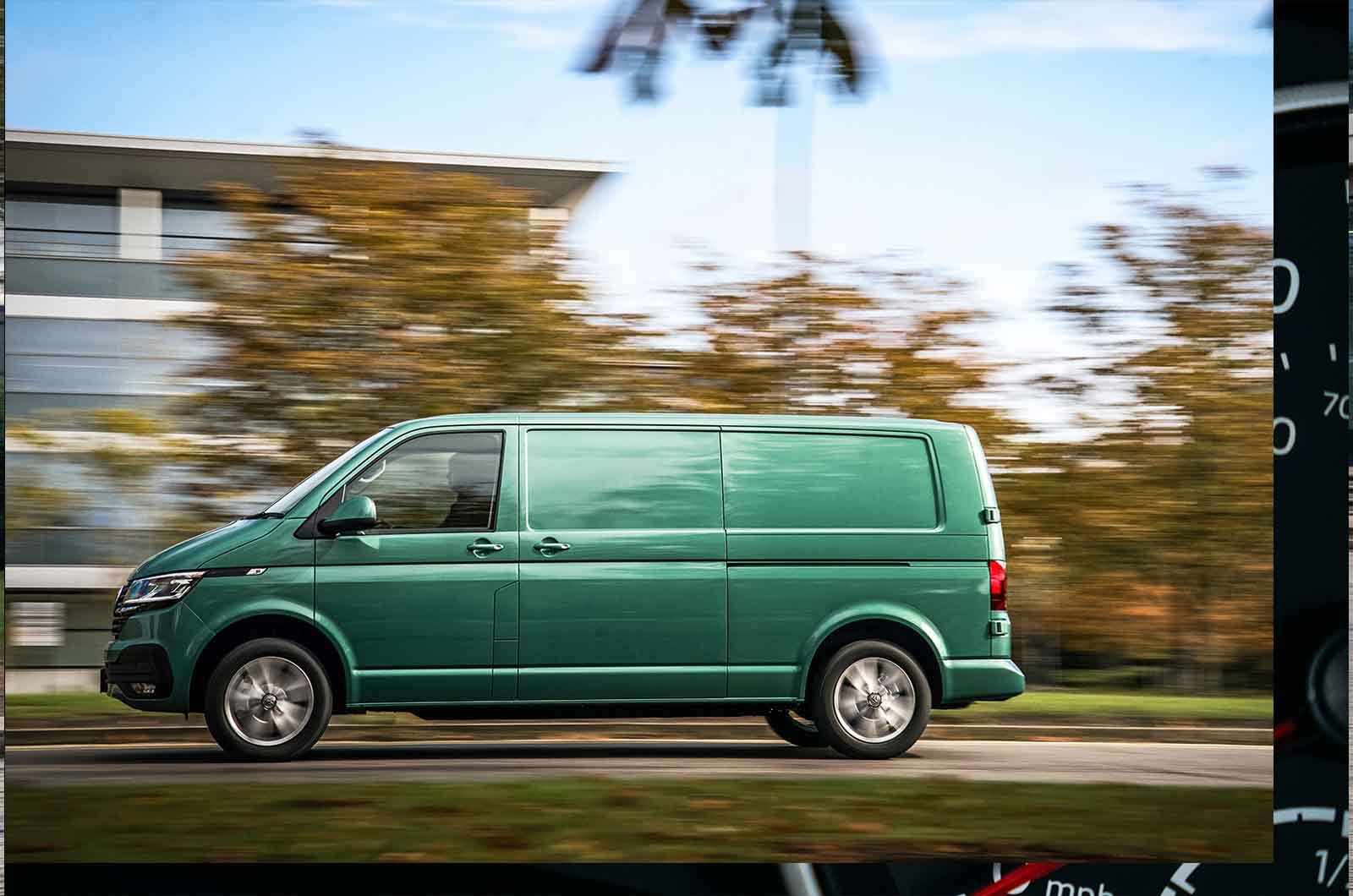