Four-door ‘double cabs’ are by far the most popular pickup body style in the UK, so it's hardly surprising that VW offers the Amarok only in this form. Rivals, such as the Ford Ranger and Nissan Navara, are also offered in smaller two-door 'single cab' guise.

Front seat occupants will find plenty of room in all directions, but adults sitting in the back of the Amarok will be left feeling a little cramped due to limited knee room. There's plenty of head room, though, and three adults will fit across the rear bench.

But many pickup buyers will be more concerned about the load bay. Well it's good news for the Amarok here, as it offers one of the very best in the class. The maximum payload it can take reduces as you move up the range, but is between 1030kg and 1147kg. That's one of the highest among its rivals, and the load bay is also longer, deeper and taller than rivals' such as the Mitsubishi L200. 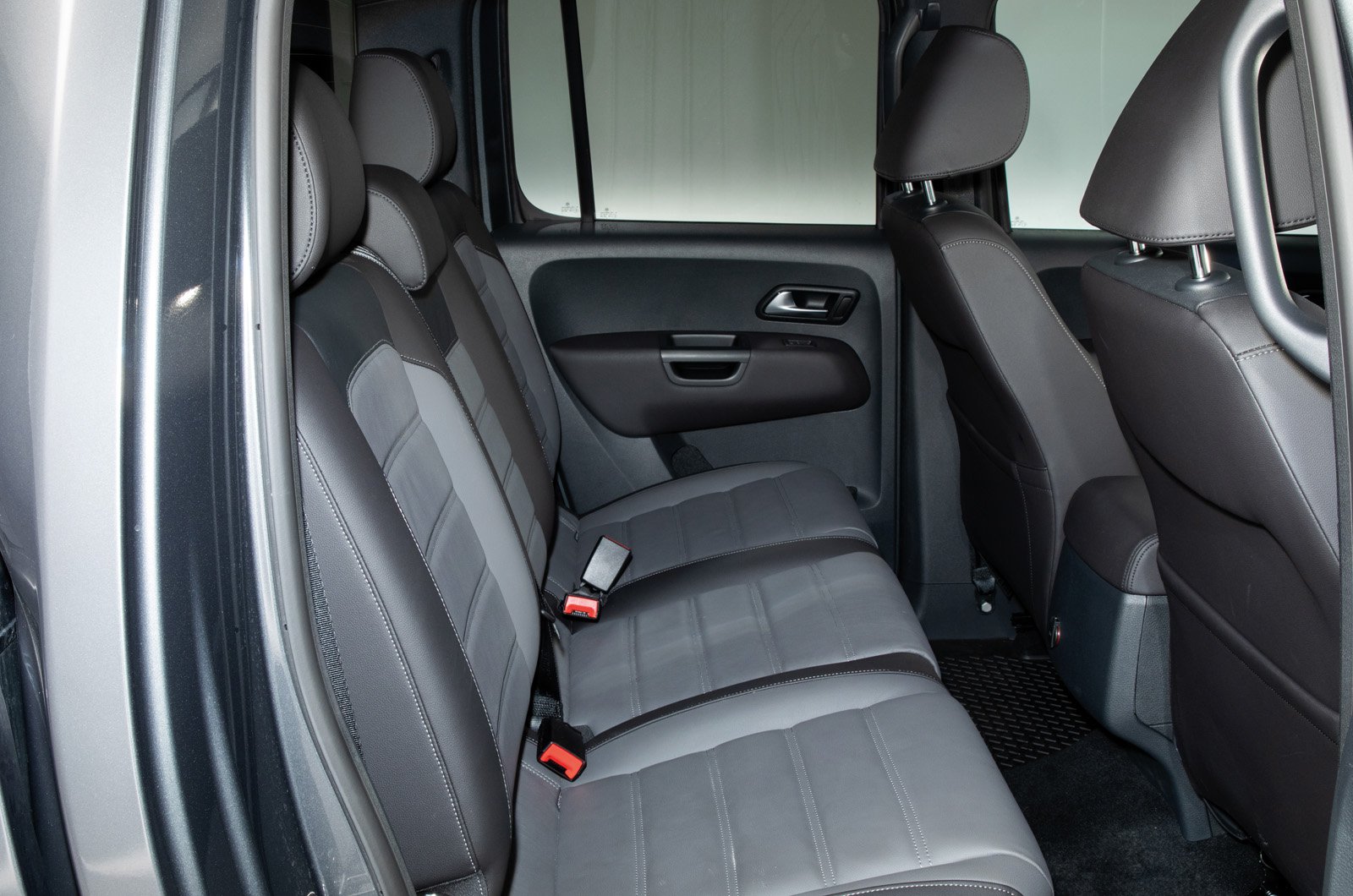