The driver’s seat in the Volkswagen Golf GTI is figure-huggingly bolstered and keeps you in place in quick corners. It can also be adjusted for height and lumbar support and there’s plenty of reach adjustment to the steering wheel. We also love that the pedals are placed ideally in line with the wheel and seat, helping you to feel right at home.

Visibility isn't a problem; the Golf’s large windows and relatively slim windscreen pillars make it easy to see straight ahead and to the side. The rear pillars are fairly chunky, but given that all GTIs get front and rear parking sensors as standard, you shouldn’t find slotting into a tight parking space overly stressful. A rear-view camera is optional, by the way. Adaptive Matrix LED headlights and LED front foglights are also included, so picking you the way in tricky conditions hopefully won't be too taxing.

So, all good so far, then, until it comes to the GTI's usability. The dashboard has no physical buttons, just silly touch-sensitive controls for the lights and a few other features, plus touch-sensitive sliders to adjust the interior temperature and volume. That makes everything needlessly distracting to operate on the move, because a touch-sensitive button is impossible to find unless you take your eyes off the road. All its rivals are better in this respect.

And, sadly, it’s not only here that the latest GTI is short on user-friendliness, unlike other Golfs we’ve tried, the GTI goes without ‘proper’, easy-to-use physical buttons on its steering wheel. Instead, there are touch-sensitive buttons there, too, and they're ridiculously easy to activate with an inadvertent brush, yet downright fiddly to operate when you mean to use them.

What isn’t controlled via the touch-sensitive buttons on the dashboard is controlled from the infotainment touchscreen, and that's no better. The system’s software is clearly designed to look good, but Volkswagen forgot to make it intuitive, so you find features buried in locations that make absolutely no sense – for example, the Traction Control icon is hidden behind a sub-menu for the brakes. And even when you can find what you want, the software is unresponsive a lot of the time, so we prefer the systems you get in the Ford Focus ST and Hyundai i30 N.

There's an optional natural speech voice control system in the GTI that lets you speak commands, but it's hit and miss at the best of times and won't understand a thing if your kids are warring in the back seats. On the plus side, the screen is mounted high up, it's a decent size (10.0in) and high definition, while Apple CarPlay and Android Auto phone integration are included, along with wireless phone charging, a DAB radio, Bluetooth and sat-nav.

The interior quality is another slight bugbear of ours. It's not up to the high standards set by previous Golf GTIs, with a lot of cheaper-feeling plastics more liberally scattered about. However, it has to be said that among its current rivals, it is still one of the plushest hot hatches, and far better screwed together than the Focus ST. 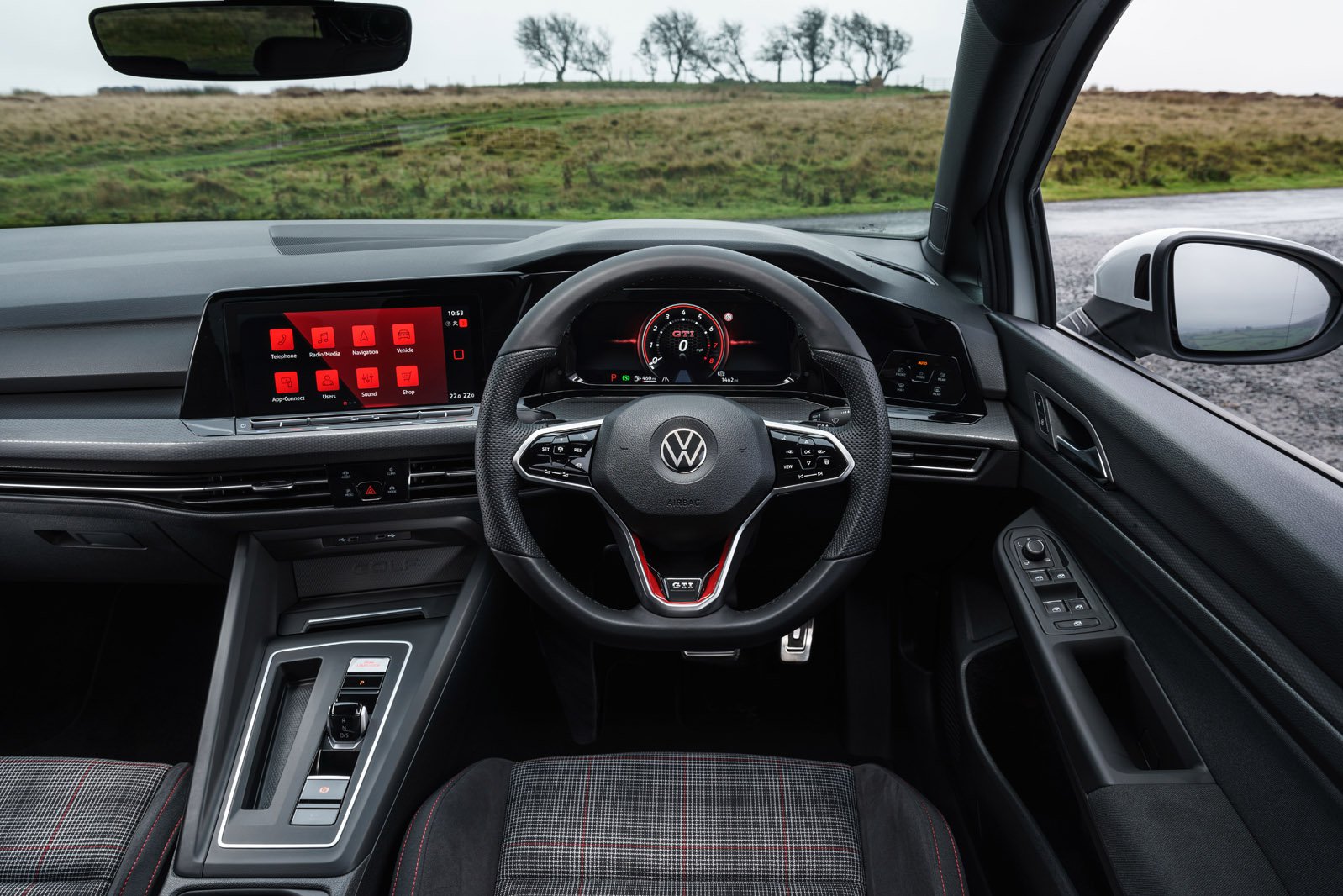