There's loads of space in the front of the Volkswagen Golf R. The interior is broad, so you sit with breathing room between you and your passenger, and there's more than enough head and leg room to accommodate anyone tall – assuming they're not a contender to play Jaws in the next James Bond film.

In the rear, things are a little less generous. The latest Golf has dropped behind the leaders for rear seat space, so both the Ford Focus ST and Honda Civic Type R will offer your rear passengers more room to lounge about in. Mind you, the R is fractionally roomier in the back than its closest rivals, the Audi S3 and BMW M135i; two tall adults will fit just fine, even though they won’t exactly have space to stretch out in.

There's more than enough storage space, though, with compartments and cupholders in the front for pretty much every need, plus a decent-sized glovebox and door bins to boot.

Speaking of which, the boot is okay but, like the rear seats, isn’t mammoth by the standards of the class. It'll fit a buggy but will struggle to swallow a set of golf clubs lengthways. In our suitcase test, the Golf R swallowed five carry-on-sized cases beneath its parcel shelf – the same number as the S3 and M135i managed, but two fewer than the Honda Civic Type R.

You do get a height-adjustable boot floor, for added flexibility, plus 60/40 split-folding rear seatbacks and a ski hatch. 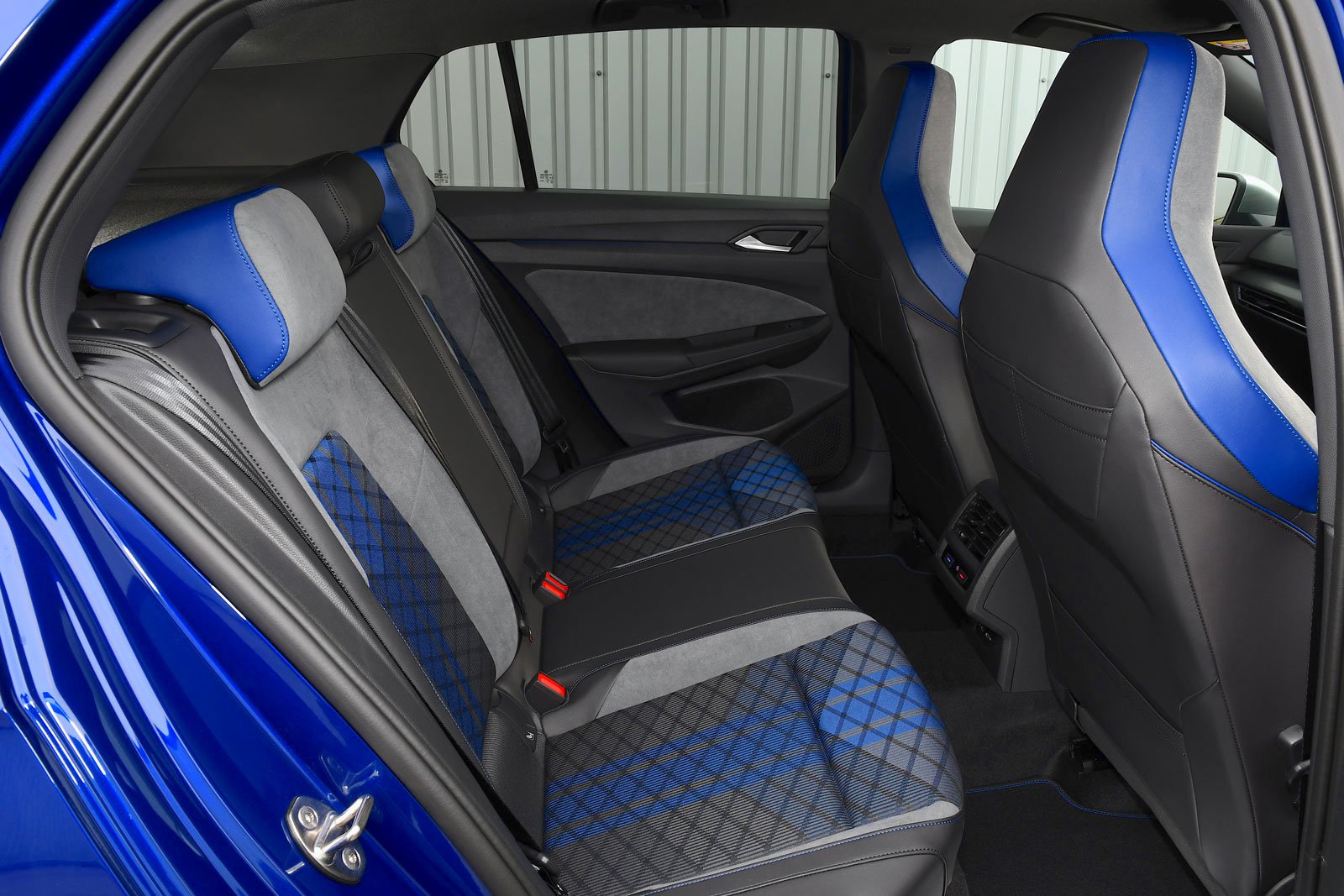