What used Volkswagen Golf sports will I get for my budget?

How much does it cost to run a Volkswagen Golf sports?

The most efficient version of the Cabriolet Golf is the 1.6 TDI 105, which is capable of as much as a claimed average 70mpg, according to official government figures. In the real world, you can expect it to average 50mpg, which is still pretty respectable. Petrol-powered Golf Cabs are also able to achieve impressive economy. According to official figures, the 1.2-litre turbo is capable of up to a claimed average of 55mpg, equating to 40mpg in real-world driving, while even the 2.0-litre turbo in the GTI model is rated at a claimed 44mpg, which should mean around 35mpg out on the road.

As a result of those consumption figures, CO2 emissions are correspondingly low so the Golf Cabrio is relatively cheap to tax, especially as all of them would have been registered before the flat-rate tax changes of April 2017 came into force. Indeed, all but the performance versions fall into either the £20 or £30 tax band, while the most economical models are actually free to tax.

Meanwhile, servicing is reasonably priced, too. It won’t be quite as cheap as, say, a Vauxhall Cascada, but it compares well with most other rivals. 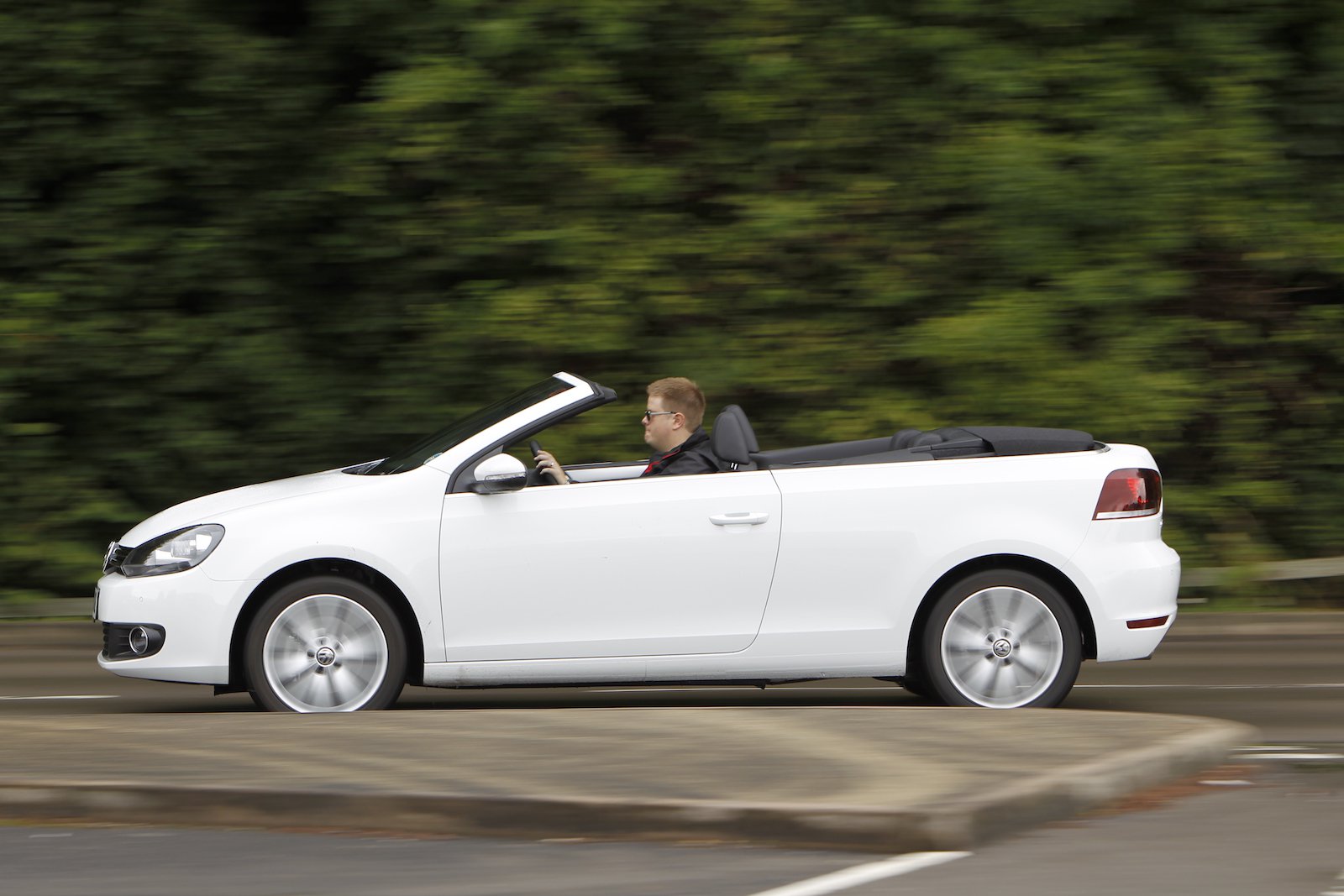