What used Volkswagen Lupo hatchback will I get for my budget?

How much does it cost to run a Volkswagen Lupo hatchback?

Compare it with other city cars of a similar age and you'll see that the Lupo is one of the more expensive choices. That said, it's streets ahead of the rest in terms of quality and will hold onto its value better than rivals.

Your fuel bills won't be too outlandish because all versions boast very competitive economy. The 1.0-litre will return an average of 48.7mpg, and the 1.4 will give you either 44.8mpg or 41.5mpg depending on the output you choose. Both diesels give an identical 64.2mpg, and even the GTI returns 38.2mpg on average.

Insurance costs will be reasonably cheap on all but the group 11 GTI. The other petrol engines range from group 3 to 6, and the diesels are in group 3 or 4. Servicing costs shouldn't amount to much more than the class average, either. 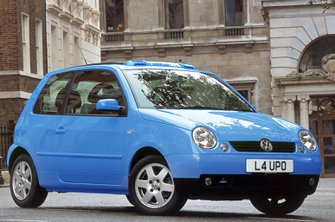