The regular Volkswagen Passat has a fundamentally good driving position, and all versions of the GTE have comfortable and supportive leather seats as standard, with electric backrest and lumbar adjustment for the driver.

The dashboard buttons are also logically arranged and simple to operate, while the standard analogue instrument cluster behind the steering wheel is easy to read. Go for the pricier GTE Advance model and this is replaced by a 10.3in digital display that shows more information, including navigation instructions.

Inside the GTE, much use is made of dense-feeling materials that, along with eye-catching details such as chrome highlights, make the Passat look and feel more upmarket than the Skoda Superb iV and the slightly smaller Skoda Octavia iV. Any scratchy plastics are confined to surfaces lower down on the doors and dashboard. That said, the Passat isn't as swish inside as a BMW 330e or plug-in hybrid versions of the Volvo V60.

As you'd expect, you get a touchscreen infotainment system as standard. Apple CarPlay/Android Auto smartphone mirroring is also included, as is sat-nav and a DAB radio, and the 8.0in screen responds quickly to presses. You get a more advanced system with online connectivity and voice control if you go for the GTE Advance, but both systems have intuitive operating systems compared with, say, the Volvo V60. The BMW 330e's iDrive infotainment system is far less distracting to use while you're driving, though, thanks to its rotary controller interface. 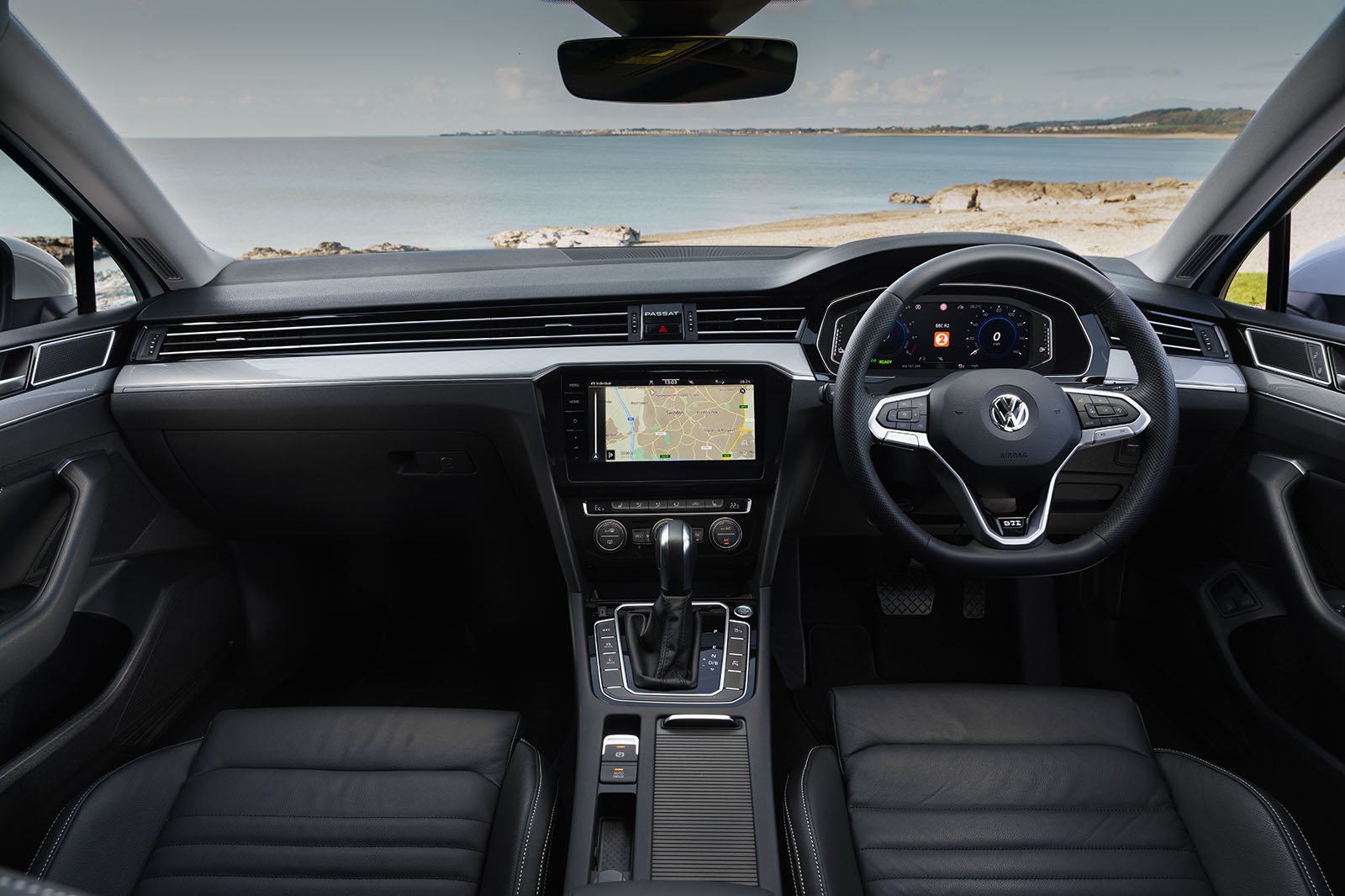