What should I look for in a used Volkswagen Phaeton saloon?

Even now, the Phaeton is a rare sight in the UK, and we've heard of no major problems. What's more, there have been no safety recalls.

The over-riding impression is that it's a superbly built, reliable and understated executive express. It's true that the earliest models seem to have suffered some teething troubles, but the later cars seem more sound.

The Phaeton has never appeared in the JD Power survey, but the anecdotal evidence above seems to be confirmed by Volkswagen's performance: the company's customer satisfaction rating has improved in recent years.

Finally, Warranty Direct says that, in general, VWs are pretty reliable, with claim rates very much on a par with those for BMW, Audi and Mercedes.

What are the most common problems with a used Volkswagen Phaeton saloon? 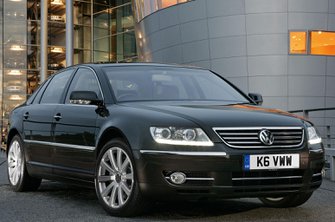