The Polo may have an upmarket image, but according to the JD Power Customer Satisfaction survey, the reality is a little different. Owners love the reliability of the Polo's rivals such as the Toyota Yaris, but the VW struggles. True, it's nowhere near the worst in class but owners register a fair few gripes, mostly concerning the suspension and engine.

Look at the What Car Reliability Index and the story's similar: the Polo gets only average ratings. Gearbox, clutch and driveshaft faults show up as problems, along with axle and suspension faults and electrical glitches.

Gearboxes on older Polos are a known source of trouble and it seems that the problem has passed to the newer generation.

Otherwise, the 1.4 petrol can suffer with ECU trouble (which is difficult and expensive to fix) and too many cars have needed new dampers early on.

Bear in mind that any warning lights on the dashboard will result in an MoT test failure, so walk away from any cars with such faults and try to find a car with plenty of time left on its MoT certificate.

Finally, water leaks into the cabin also plagued a few cars from new, but we'd expect those to have been cured by now. 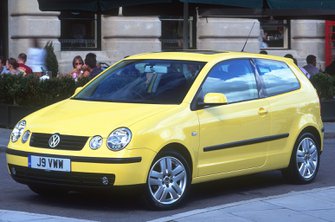