What should I look for in a used Volkswagen Sharan MPV?

Electrical gremlins can strike the Sharan - faulty electric windows, alarms, immobilisers, central locking, and so on - so give everything operated by a button or switch a thorough going over. On early cars, leaks through the ventilation can cause the electrics to go haywire, although this was cured on later models.

Pay particular attention to the air-con, which is one of the most trouble-prone features of the Sharan - and one of the most expensive to fix (a four-figure sum isn't uncommon). A separate fault can prevent the wipers from being switched off.

Watch out for worn or knocking suspension, and not just on cars that have had a hard life. Ensure the car goes and stops straight and that tyre wear is consistent.

The interior is pretty robust but check for signs of abuse from over-ambitious cargo shifters and, more likely, bored young children on the school run.

What are the most common problems with a used Volkswagen Sharan MPV? 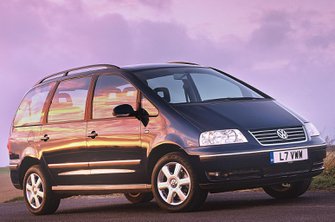